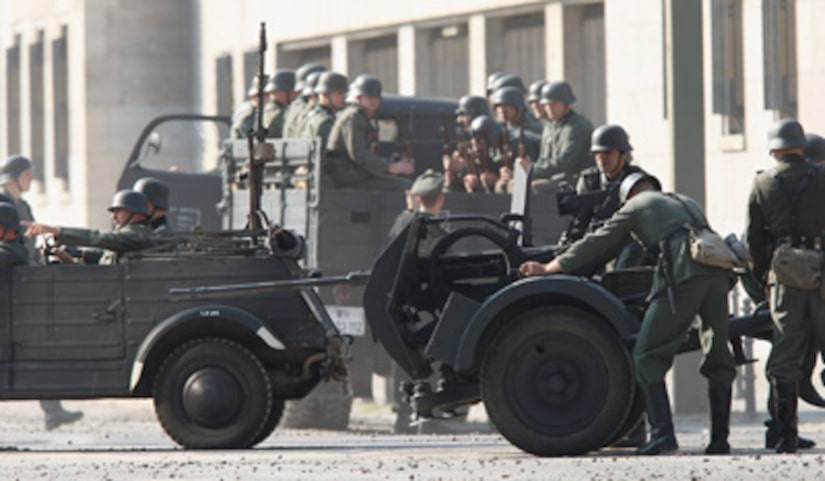 The 11 extras who were injured during the filming of Tom Cruise's new war drama, "Valkyrie," are threatening to sue the producers of the movie.

"Those responsible on the set displayed inhuman indifference in playing with the health and the lives of the extras," said Ariane Bluttner, the lawyer representing the injured actors.

She threatened today to launch legal action against the film's production company "unless it unbureaucratically and rapidly compensated the injured."

The actors, dressed as Nazi soldiers, were thrown out of a truck on Sunday after the driver turned sharply and a side panel flew open.

They only suffered minor cuts and bruises, though one of the men required hospital treatment.

Tom, Katie and baby Suri have been spending time in Berlin while the WWII drama films. Tom plays a Nazi officer who was executed after a failed plot to execute Adolf Hitler.