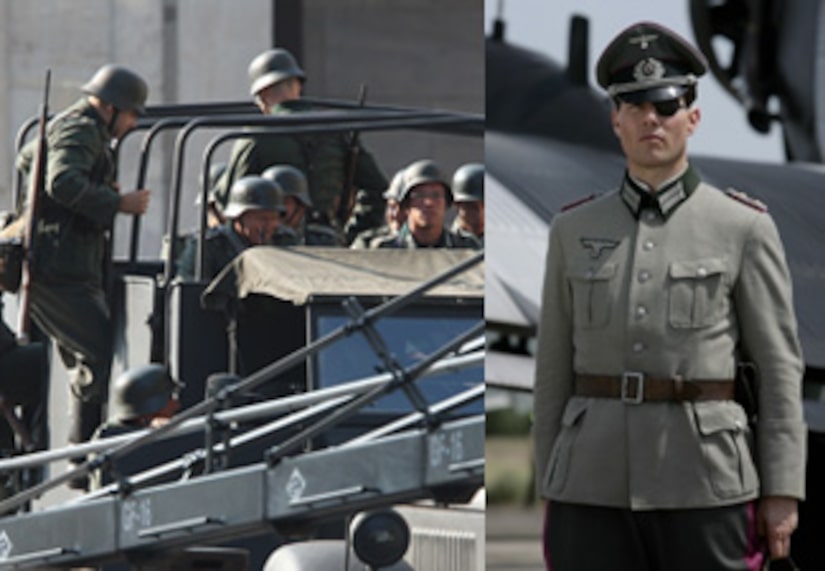 An accident on the set of Tom Cruise's new movie, "Valkyrie," has sent 11 people to the hospital.

While filming the war drama near the Finance Ministry in Berlin on Sunday evening, several extras were thrown out of a truck after a bolt on the car's side panel came loose as it turned a corner.

The extras were taken to a hospital, but no one suffered anything more serious than cuts and bruises. One actor was kept overnight for observation.

Filming stopped for the night, but is expected to continue as planned. Tom was not on the set at the time of the accident.