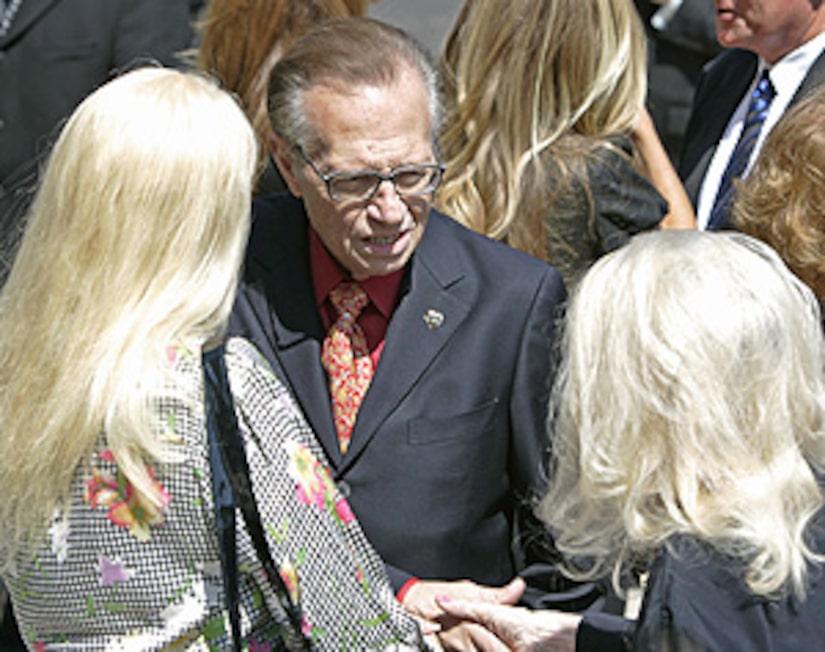 A who's who of Hollywood turned up to say one last goodbye to Merv Griffin Friday morning.

Stars like Vanna White, Arnold Schwarzenegger, Ryan Seacrest and Larry King arrived at the famed Church of the Good Shepherd in Beverly Hills, the same church where Hollywood bid farewell to Frank Sinatra and Eva Gabor.

“Merv Griffin was a wonderful friend of mine,” Schwarzenegger said. “As a matter of fact, 'The Merv Griffin Show' was the first talk show I ever did.”

Merv may be best remembered for that wildly popular talk show as well as his game show creations, “Jeopardy” and “Wheel of Fortune.”

But today, “Extra” uncovered the Merv you may not have seen: lost tapes showing a fresh-faced Merv who was just starting out in the business.

The footage, seen in an A&E biography, captures Merv long before he would change TV forever, right up until his passing at the age of 82 when he produced his new game show, “Crosswords.”

Only “Extra” can reveal that Merv was also in talks with our Mario Lopez to develop a modern day “Dance Fever.”

Today, longtime friend and former “M*A*S*H” co-star Wayne Rogers became emotional as he remembered how Merv kidded him about getting a star on the Hollywood Walk of Fame.

“He was mischievous,” he said. “He would stir things up. He would make fun of me, too. You know, that's what I loved about him.”

Merv gave actress Renée Taylor and her husband, actor Joe Bologna, a wedding on his show, and they remained friends with Griffin for life.

“He was very rich, but he was very giving,” Taylor said. “I think he knew he was loved.”