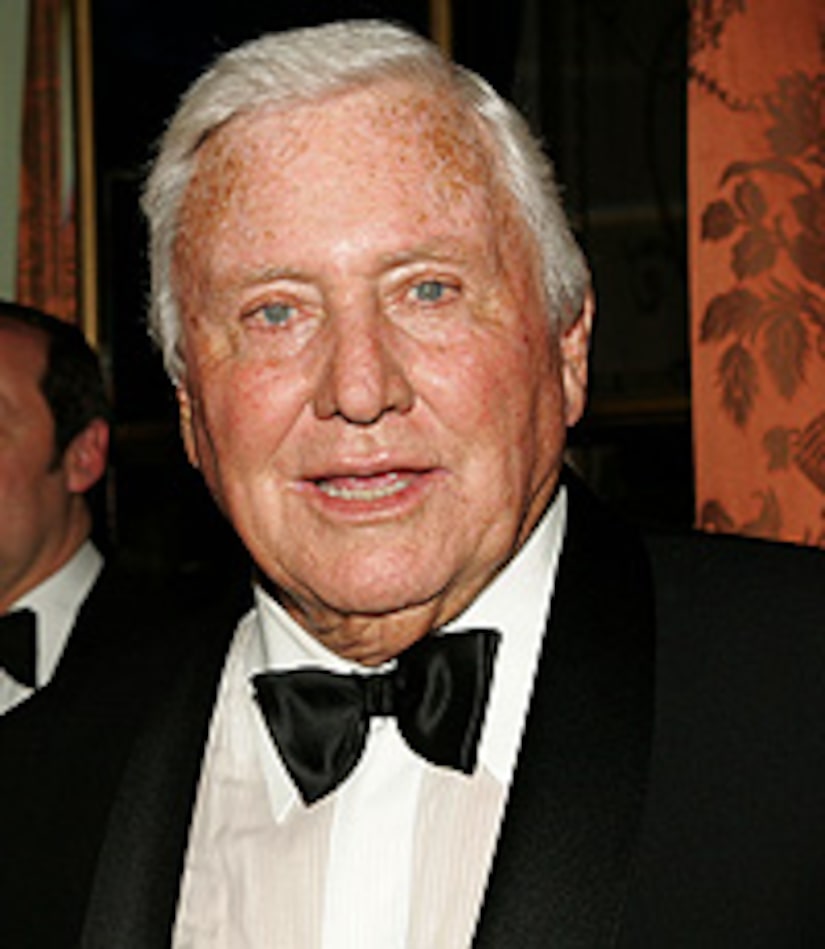 As famous friends and fans worldwide remember Merv Griffin, his son, Tony, is revealing the heartbreaking news about his father: he was brave and defiant until the end.

Larry King responded, “Now, he told everyone he had beaten prostate cancer.”

Tony was with his father at L.A.'s Cedars Sinai Medical Center when Merv succumbed to prostate cancer at the age of 82.

“He asked me every day if he was dying,” Tony revealed.

But Merv's last days aren't what people will remember about the legendary entertainer.

Friend Barry Manilow came to “Extra” to share his memories of Merv.

“He was always uplifting,” Barry said. “I can't imagine Merv Griffin ever having a bad day.”

Rosie O'Donnell blogged about Merv on her web site, saying, “Like millions of others, I am missing him.”

Outside the “Larry King Live” taping, the superstar tribute continued with Vanna White, who was handpicked by Merv for “Wheel of Fortune.”

“He was very competitive,” Vanna said. “He liked to win.”

By the time of his death, Merv had built a business empire worth a staggering $1.6 billion.

The hardest working man in show business was working right up until his death on the new game show, “Crosswords.”

In his last interview with “Extra,” Merv said he had no plans to retire.

“Why should you retire if you still have all your faculties and everything is working?” he asked.

Merv's billion-dollar fortune will most likely to go his heirs, son Tony and beloved grandchildren Farah and Donovan.

Today, “Extra” has learned a private, invitation-only funeral service will be held at a Catholic church in Beverly Hills for a final farewell to the legendary Merv Griffin.