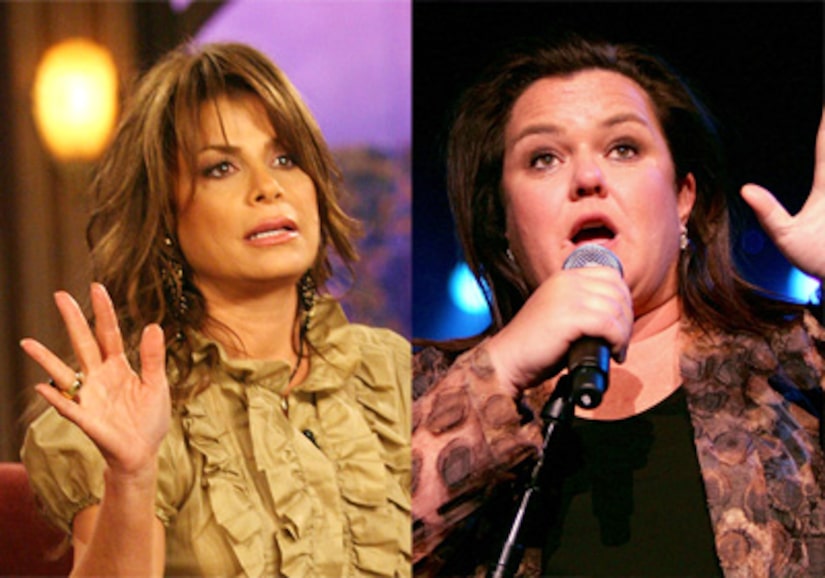 Paula Abdul is blasting Rosie O'Donnell for insinuating that she has a substance abuse problem, and this time, Paula says Rosie has gone too far.

In Rosie's recent internet blog, she discusses with a fan the idea that Paula is suffering from Parkinson's Disease. In previous musings, Rosie has also called Paula "desperate, raw, vulnerable" and "so needy for love."

Paula says she has had enough, and her rep, Jeff Ballard, has just released the following statement to "Extra":

"This is absolutely ridiculous and untrue that Paula has Parkinson's. Rosie's been the object of rumors herself and I would think she would be more responsible about starting them herself.

Paula considers Rosie a friend. She's been to Paula's house. They've had dinner, and personally I think Rosie should mind her own business."