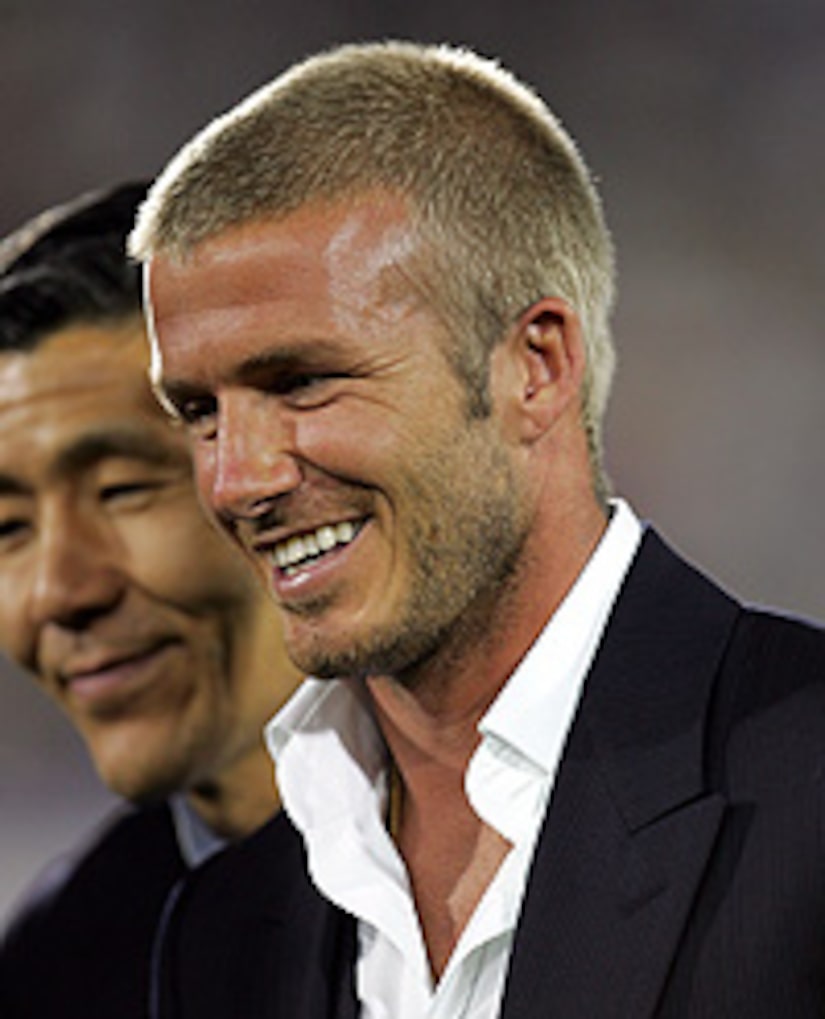 He's already a superstar soccer player, but is David Beckham trying his luck as an actor?

Rumors are circulating that Becks will guest star on "Desperate Housewives" as one half of a gay couple!

His gay lover will reportedly be played by British singer Robbie Williams.

Today, there are new reports that David and Victoria might already be itching to leave Beverly Hills, just weeks after moving in next to BFFs Tom Cruise and Katie Holmes.

Sources say that the Beckhams are on the hunt for a beachfront property in star-studded Malibu, but Victoria's reps tells "Extra" that they are not house-hunting. They'll stay put in their $22 million Beverly Hills mansion.