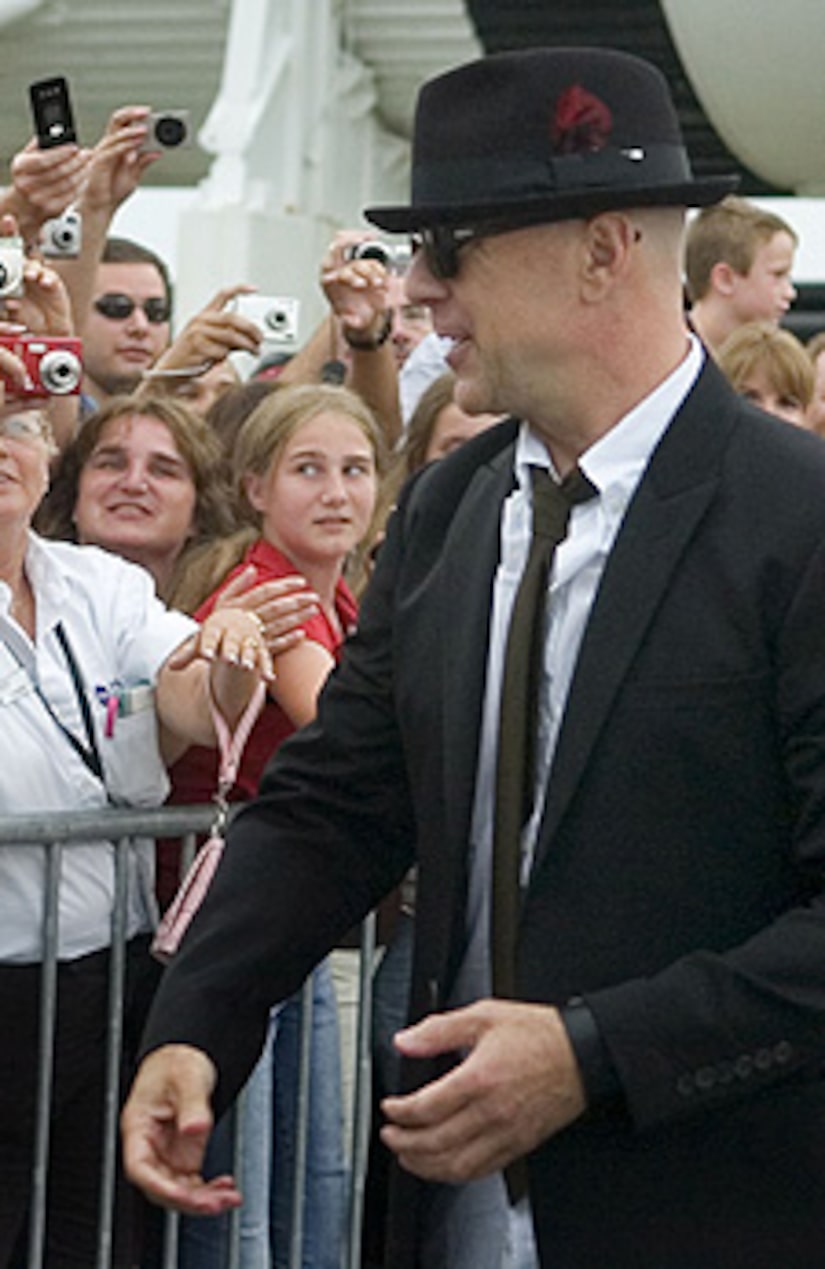 Bruce Willis and mega-producer Jerry Weintraub usually receive VIP treatment wherever they go, but “Extra” has learned exclusively they were told to leave a restaurant on the swanky island of Sardinia!

Now they are issuing a harsh warning to celebrities around the globe, saying, “Stay away from the restaurant Cipriani and The Billionaire club in Sardinia if you don't want to be humiliated!”

The movie star and the movie mogul were reportedly thrown out of the exclusive restaurant after Flavio Briatore's 26-year-old fiancée couldn't get a photo taken with Bruce.

Briatore, the Formula One international playboy who fathered Heidi Klum's first child and once romanced Naomi Campbell, is a partner in the restaurant.

Sources tell “Extra” that when Briatore's fiancée complained, he sent his bouncers over to Bruce and Jerry.

The two Hollywood heavyweights were sitting with boxing champion Wladimir Klitschko and tried to talk things out, but the bouncers ordered them out without an explanation.

"Extra" tried to contact Briatore for his side of the story but did not get a response.

Today Bruce and Jerry tell “Extra” that despite the terrible treatment, they still love Sardinia – but may have to form their own Billionaire Club.