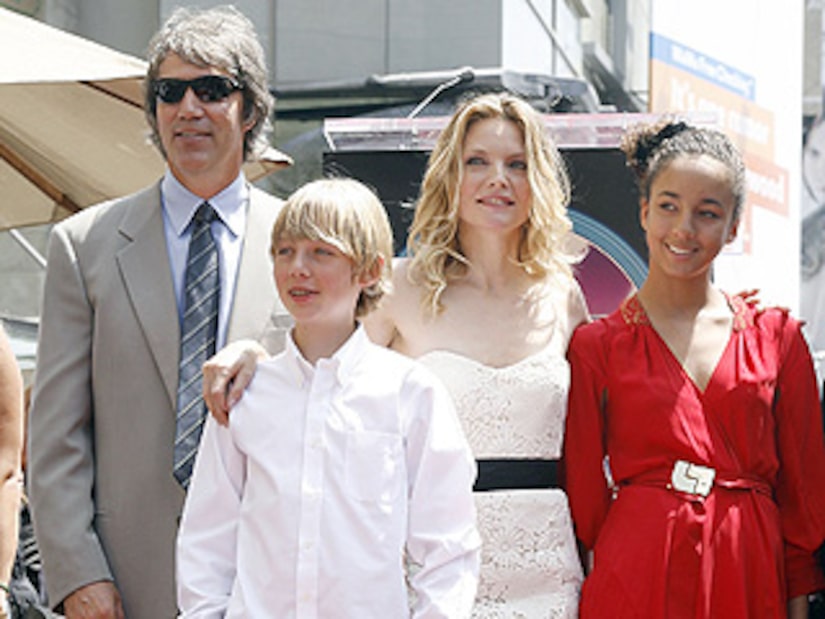 She's been the leading woman for George Clooney, Al Pacino and Robert Redford and made a name for herself as one of the most beautiful and talented actresses in Hollywood.

So it's no surprise that Michelle Pfeiffer finally received her star on the Hollywood Walk of Fame yesterday, and “Extra” was with her every step of the way.

“It's just kind of surreal,” she told us about her big moment.

“I just want to thank my husband because wherever I am, if I'm by his side, I feel like the luckiest girl in the room,” she gushed.

And Michelle says her mother, who couldn't be there, has been her guiding star.

“She instilled in me the belief that I could do anything,” she said.

She also let “Extra” in on one of her long-kept secrets: getting the star was always just in reach.

“I just used to live around the block when I first moved here,” she said. “And I don't think you think it'll ever happen to you.”

And now with her return to the big screen in “Hairspray” and “Stardust,” “Extra” uncovered other fun facts you never knew about the stunner.

The first surprising fact about the actress: she's a true artist!

“I've been painting off and on my whole life," she revealed. “Most people don't know that."

So has she ever painted her husband?

“No, I painted my children,” she revealed. “So goofy!”

Michelle also revealed she has a mini-zoo at her house!

“We did have up until recently some miniature donkeys, but they've been relocated,” she admitted. “They were really cute but they were biting people. Not good!”

“I don't feel comfortable; I just don't,” she admitted. “I'm not that free with my body. I don't even really like being in a bikini on the beach."

That's why she says the possibility of nudity in films is slim.

“Well certainly not the older I get," she said.

Michelle also candidly admitted that she has other insecurities.

“I can be really insecure; a little bit neurotic about certain things about the kids, where to go to school, what doctor to go to," she admitted.

Michelle also revealed she turned down lead roles in some of the biggest movie blockbusters, like “Basic Instinct,” “Silence of the Lambs,” “Sleepless in Seattle” and “Thelma and Louise.”

But the star has no regrets.

“Not that they weren't good movies. They all were exceptional films,” she insisted. “There might have been something else at the same time, or could've been timing. It's for different reasons."

Turns out Michelle didn't need to follow a particular path to fame: she still got her star.