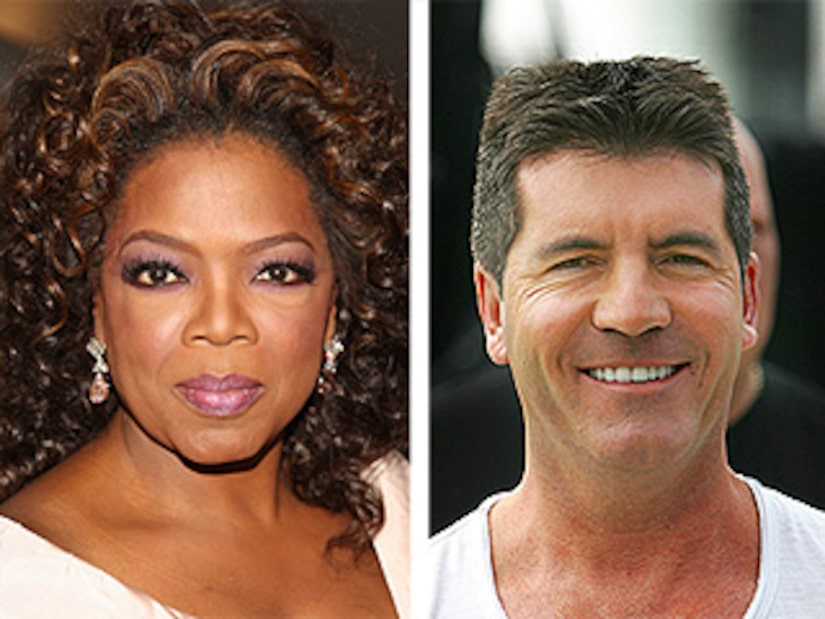 They bring in ratings and make millions, and now "Extra" has your first look at TV Guide's top-earning superstars!

No list of people with bank-busting salaries is complete without talk tycoon Oprah Winfrey, who tops the list with a whopping $260 million a year.

"American Idol" judge Simon Cowell might be tough on contestants, but viewers love the British judge.

Simon pulls in $45 million per year as a judge on three blockbuster hit shows, "American Idol," "America's Got Talent" and "American Inventor."

Simon reveals his secret to success to "Extra," saying it's all about persistence.

"Most people say no and just ignore them," Simon says. "I make them say yes."

One of the highest-paid stars on television is "CSI" crime-fighter William Peterson, who brings in $500,000 per episode!

"We work hard and people tune in and it's really good." Charlie says about his stunning success.

And things are good for "Scrubs" star Zach Braff: he brings in as much as Charlie.

Of course, there's money to be made in daytime TV, too.

Before retiring, "The Price is Right" host Bob Barker was bringing in $10 million bucks a year, followed by Maury Povich, who banks $7 million per year.