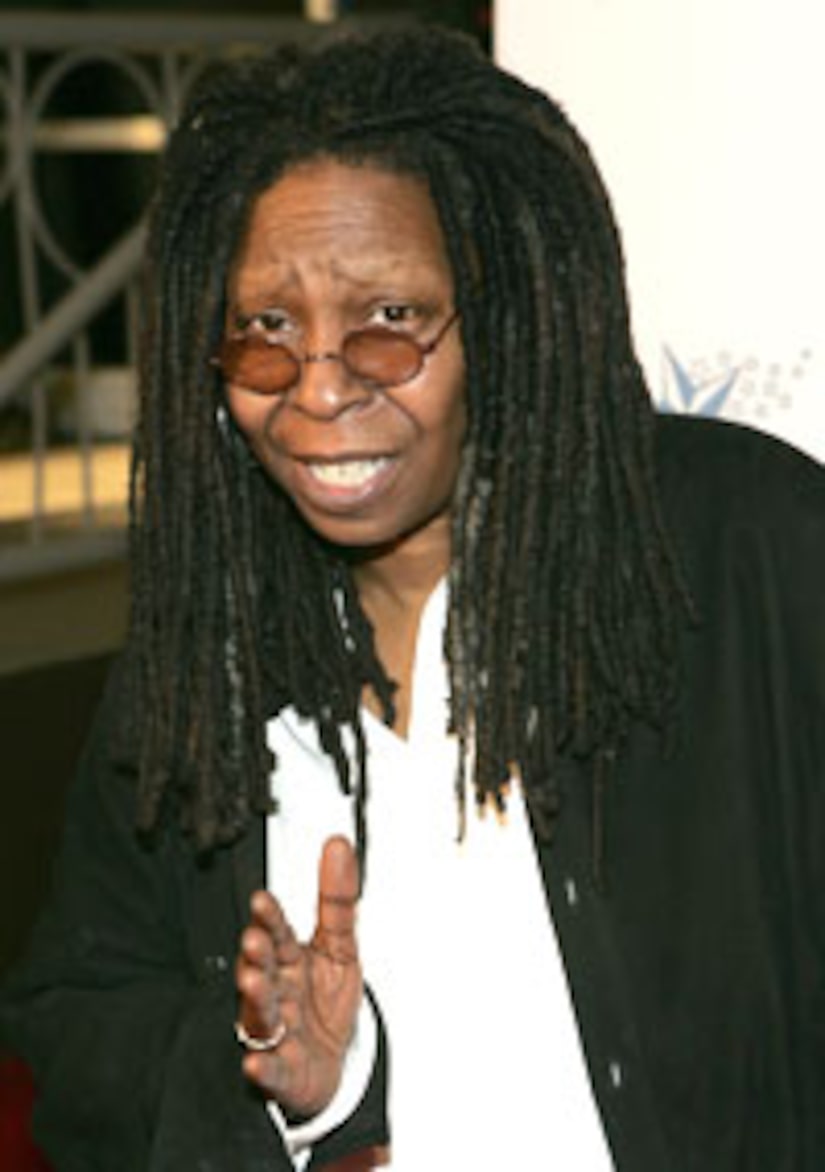 Whoopi Goldberg is the new co-host of “The View!”

Barbara Walters and the rest of the women made the announcement that the comedienne was chosen to fill one of two coveted spots on the ABC gabfest.

“Extra” was with Whoopi on set this morning moments after the big announcement came, and the wise-cracking Whoopi wasted no time getting started!

“Do you ever watch 'The View?'” Barbara asked Whoopi.

She replied, “Once or twice. You look familiar!”

Whoopi told “Extra” she knows it's not going to be easy replacing Rosie O'Donnell.

Barbara told “Extra” that Rosie's reaction to the replacement was nothing but happiness for Whoopie.

“Rosie is so supportive of Whoopi,” explains Barbara. “We're email pals. We had a wonderful year with Rosie. This is a new chapter.”

But is “The View” still looking to replace Star Jones?

“I'm not actively searching for another co-host,” reveals Barbara. “If we find one then that would be great.”

What do you think of the choice? Sound off here!