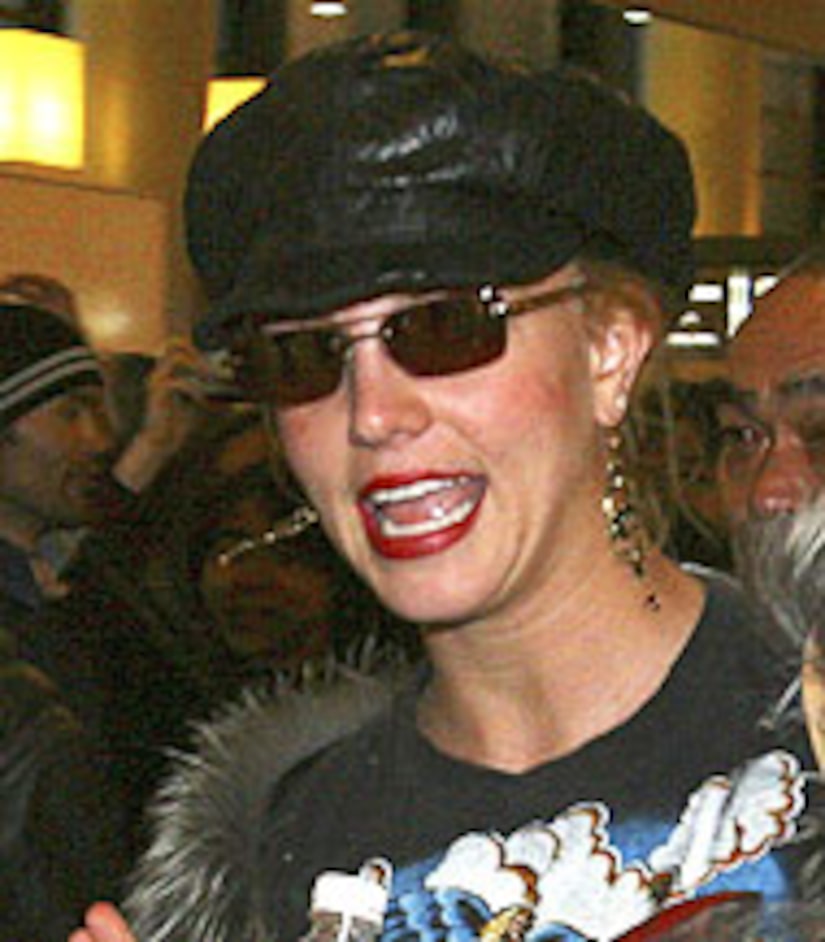 Two photographers are considering suing Britney Spears, claiming she made serious death threats and made them fear for their lives!

The men claim Britney screamed “I am going to kill you!” and warned they should get a restraining order because she would hire someone to do the job!

The incident occurred last week at the Wynn Las Vegas casino as Britney and her two kids, Sean Preston and Jayden James, left the hotel spa.

When photographers tried to snap pictures of the tots, Britney and her bodyguard allegedly went ballistic!

Things turned ugly as the security guard, J.C. Camera, allegedly threw a lensman to the ground, supposedly punching and kicking him until hotel security pulled him off.

The photographers tell “Extra” that Britney then threw a baby bottle at the photogs and had to be restrained!

Britney hasn't been charged with any crime, but Las Vegas cops have issued a summons for a charge of battery for her bodyguard.

If convicted, he could face up to six months in county jail.