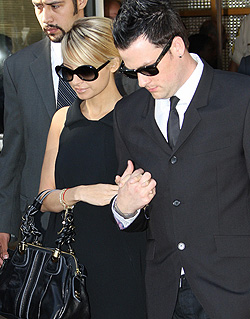 With boyfriend Joel Madden by her side, Richie confirmed the child is Joel’s and said she is willing to accept responsibility for her actions.

Nicole is facing jail time for her second DUI arrest. At the time, she admitted to police that she smoked marijuana and took Vicodin.

She will serve four days in jail anytime between now and September 28.