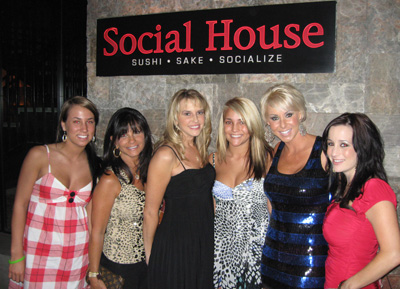 Lynne and Jamie Lynn Spears were spotted in Vegas at Social House restaurant with friends this weekend, adding fuel to the rumors that the Spears family was planning a Britney intervention!

Britney had a weekend in Vegas planned, but it was cut short after her bodyguard got in a scuffle with a photographer.

It was reported that Bryan Spears, Britney's older brother, was acting as a messenger between Britney and her estranged mother and that they planned on meeting up this weekend.

Instead, after the bodyguard issues, Britney returned to LA and was photographed out on the town with real estate agent Justin Mandile.