Just one month after her BFF Paris Hilton got out of jail, Nicole Richie is going in.

“Extra's” cameras were rolling as the pregnant “Simple Life” star arrived at a Los Angeles court Friday morning, arm in arm with her boyfriend and baby daddy, Joel Madden.

Inside, Richie pleaded guilty to her second DUI charge in four years and was sentenced to four days in jail, three years probation and ordered to take an alcohol education course.

Nicole didn't say anything as she left court, but she recently told David Letterman,” I'm willing to face whatever consequences that come my way.” 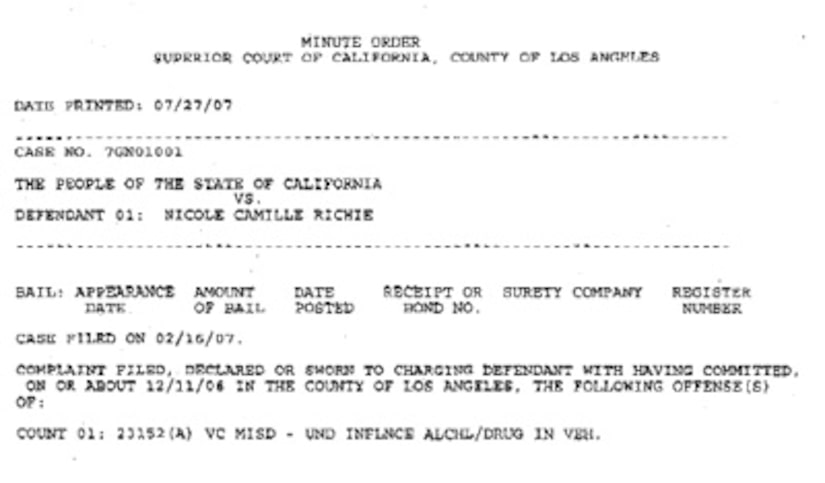