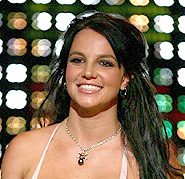 She just bought a brand new mansion in Beverly Hills, but now Britney Spears wants out!

She’s putting her luxurious pad back on the market for $7.5 million– and she’s offering to sell it fully furnished.

That means the buyer will get 6 bedrooms, 6.5 bathrooms, a gourmet chef’s kitchen, a media room and maids’ quarters.

Brit, 25, bought the 9,000-square foot home for $7.2 million in December, but she put it up for sale in February. She decided to keep it when she entered rehab, but now she’s changed her mind.

For now it looks like Britney’s staying at the posh Four Seasons Hotel in Beverly Hills, where she’s been spotted with a mystery man – who happens to be her bodyguard.

Win It! A $50 Ocelot Market Gift Card for Artisan-Made Products 4

Why Andy Dick Was Escorted off Jimmy Kimmel's Stage 9

Xenia Deli Licks Justin Bieber's Abs in 'What Do You Mean?' Music…