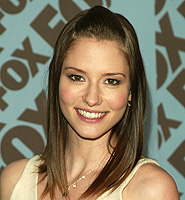 Chyler Leigh, best know for starring in the 2001 spoof “Not Another Teen Movie,” has signed on to play Dr. Meredith Grey’s half-sister Lexie Grey.

A rep for ABC Television Studios told People that Chyler, 25, will be a series regular as the new intern at the hospital!

She first appeared in the last two episodes of the season, where her character’s (almost) fling with Mr. McDreamy Derek Shepherd (Patrick Dempsey) caused tension between him and Meredith (Ellen Pompeo).

The show just started filming its fourth season on Wednesday.