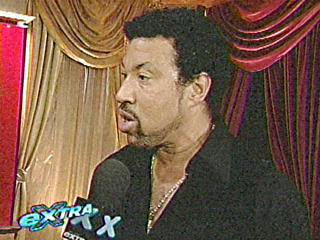 Lionel Richie is shrugging off reports that his daughter Nicole is pregnant, and he’s excusing her hard-partying ways as just part of growing up in the spotlight.

“She keeps apologizing to me,” he told People at the Essence Music Festival in New Orleans. “I told her, 'You're doing exactly what you're supposed to be doing to your father at this age.'"

Nicole, 25, is reportedly pregnant with rocker Joel Madden’s baby. She is also due in court later this summer to face DUI charges – her second offense. If she’s convicted, she could face jail time.

She’s "living her life under a microscope, but it's the kind of life you live at that age," Lionel said.
“If we had cell phones, MySpace, Internet back then, God knows what my parents would have known about The Commodores."

Pics! Kelly Osbourne Gets Tattoo in Honor of Joan Rivers 10