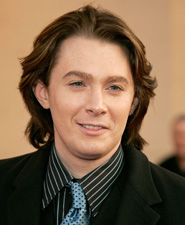 Clay Aiken got into a fight with a woman on a plane – and it got so heated, the FBI became involved!

It all happened on a flight to Oklahoma, where Clay was to perform.

According to airline officials, the woman sitting in front of Clay got upset because he wouldn’t take his foot off her armrest!

That led the woman to reportedly shove Clay, and flight attendants had to subdue the pair.

FBI agents interviewed passengers at the Tulsa airport, but no charges were filed.

Clay was still able to get to his concert on time, and when he got on stage he quipped, “It's been an interesting day, in addition to being beat up by a girl!”