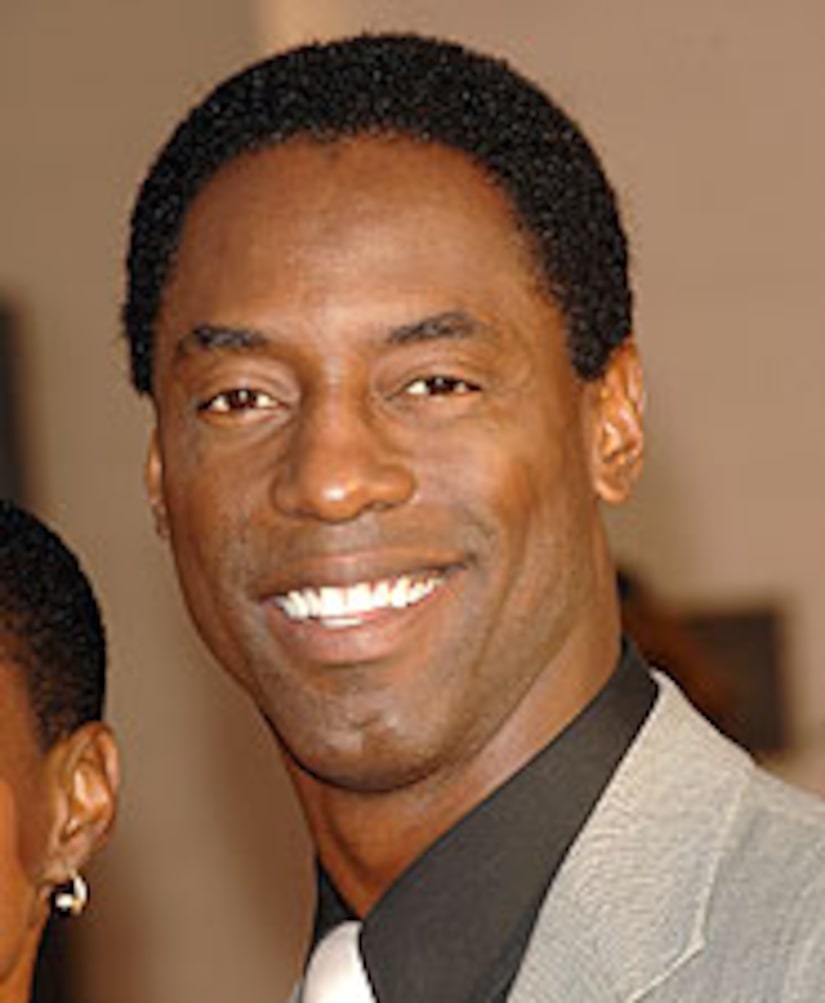 Isaiah Washington is fighting mad since being fired from “Grey's Anatomy,” and he's blaming Patrick Dempsey for the blow-up that resulted in his infamous homophobic slur.

Last night on “Larry King Live,” Isaiah said he lost his cool when he confronted Patrick for being late to the set.

Isaiah was ready to start shooting, but Patrick wanted to wait for Ellen Pompeo before the scene began.

"I said I don't need Ellen, I can act," Washington told Larry King. "And that was the moment that sent it into a different zone."

Isaiah said it was Patrick who got angry, saying, “He became unhinged, sprayed spittle in my face. I'm asking him why is he screaming at me. ... He just becomes irate."

Then, Isaiah admits, he said “a lot of things I'm not really proud of,” recalling that he said to Patrick, “There's no way you're going to treat me like the B-word, the P-word or the F-word."

He says using the “F-word” was never meant as a gay slur, but implied “somebody who is being weak,” and he insists it was never directed toward T.R. Knight.

"I am not homophobic – in no way, shape or form," Isaiah insisted.

He even says T.R. had nothing to do with the argument – and that he brought himself into it to grab the limelight!

“He misrepresented himself,” says Isaiah, but admits he regrets repeating the slur at the Golden Globes.

Then Isaiah got emotional when Larry King asked him if he had any support from cast members.

After a long pause, his eyes filled with tears and he said Sandra Oh had sent him an email, but that's it.