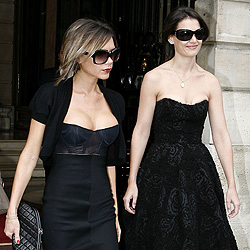 Now, Victoria Beckham is giving “Extra” her secrets for her own fabulous sense of style at the Big Apple debut of her DBV line at Saks Fifth Avenue.

“I don’t know if I could ever call myself a fashion icon,” Victoria told us.

But she definitely knows how to look fabulous every time she’s photographed – which is constantly now that she’s moved to Beverly Hills and struck up a friendship with power-couple Tom Cruise and Katie Holmes.

While spending time with “Extra,” Posh laid one big rumor to rest – that she tested some of her jeans of Jennifer Lopez to see how they fit.

“I didn’t test my jeans on J Lo,” Victoria insisted. “She’s supported my sunglasses line, and she likes them, same as Katie.”

The Katie she is talking about is Mrs. Tom Cruise, who recently chopped her hair in a Beckham-like bob.

“I inspire my friends, my friends inspire me,” she said of Katie’s new ‘do. “She has a great sense of style. I think she looks wonderful. But then Katie would look wonderful whatever she did, she’s so gorgeous.”

Now that her fashion debut is a smash, Victoria is not ruling out a possible men’s line.

After all, most women would say super-hot soccer superstar David is her best accessory, and she credits her hubby’s sport for keeping her in shape.

“They stand me in goal and all three of them kick footballs at me, and David too,” Posh said. “And I dive from left to right, and that's kind of about it as far as my fitness regime.” 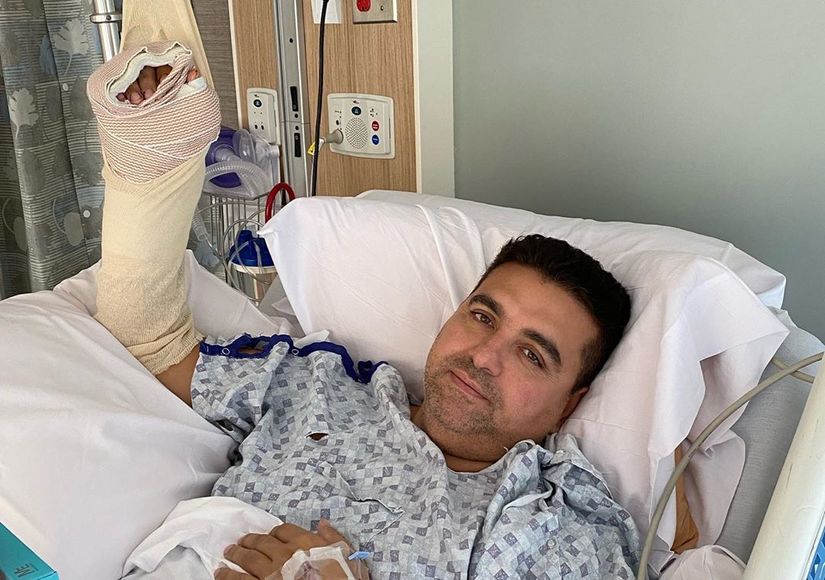