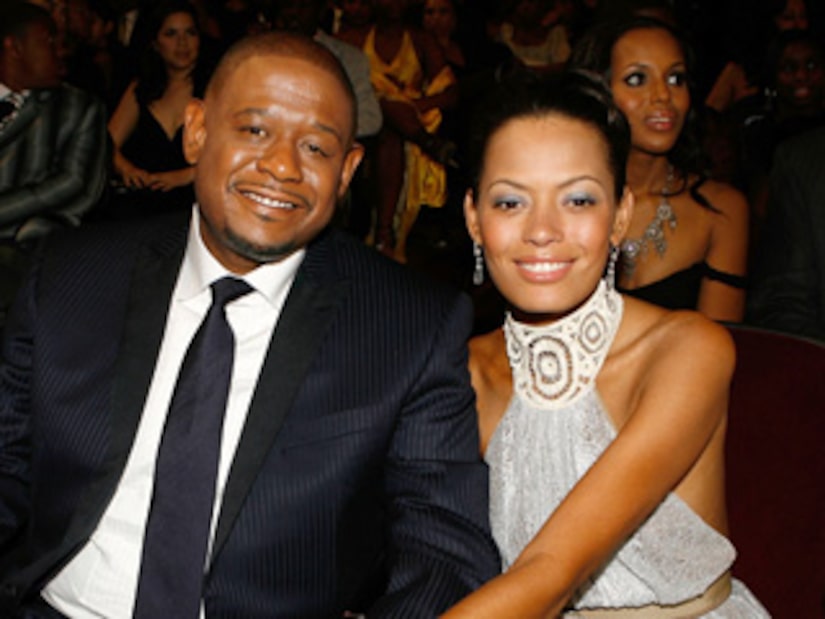 Oscar winner Forest Whitaker may have reigned as “The Last King of Scotland,” but “Extra” discovered who reigns at home – his wife Keisha!

The happy couple shared with “Extra” their secrets to a happy marriage and what it's been like to have such a big year.

“It's been amazing, and we're still the same,” Keisha said. “We came home Oscar night, and we were like, 'Do we make lunches? Do we go to bed?' I'm not going to lie; it's been unbelievable!”

The statuesque former model, who's in the midst of remodeling the playroom of their palatial Hollywood Hills home, met the love of her life when she was cast to play his girlfriend in the 90s thriller “Blown Away.”

And it was love at first sight!

“It really was the first time we hung out,” Keisha recalled. “It just worked.”

Maybe that's because Keisha knows how to get Forest to leave his work at the set and focus on the home.

“If I get him involved in moving something across the room, it's, 'What is my motivation?' And I'm like, 'No honey, we're just moving the chair.'”

Even though her family will always come first, don't be surprised if you start seeing a lot more of Keisha Whitaker – just not on the red carpet.

“I am actually trying to get into hosting,” she revealed. “I might be interviewing you someday!”