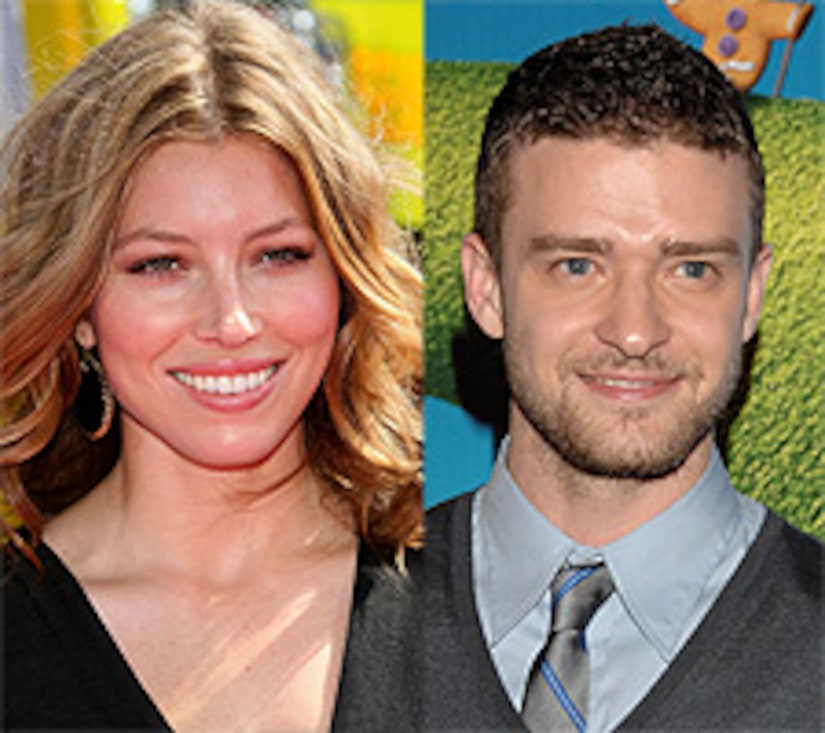 They've denied they were a couple for months, but now Jessica Biel and Justin Timberlake aren't fooling anyone!

“Extra” spotted the lovey-dovey couple holding hands and kissing in Sweden, where Justin is touring.

They were even caught breaking a sweat, jogging together through the streets!

Jessica has been in Europe with Justin for weeks now as he tours, but they keep denying they're a couple.

Meanwhile, Justin's ex, Cameron Diaz, is causing a major uproar over a Communist-inspired purse she was spotted carrying.

She visited Peru's Machu Picchu on Friday sporting a green bag with a red star and the words “Serve the People” in Chinese.

Only problem was that that particular phrase was a slogan of the late Chinese Communist leader Mao Zedong, and Peruvians are still struggling to recover from the Maoist Shining Path insurgency of the past decade that left thousands dead.

Cameron is trying to do a major mea culpa, explaining, “The bag was a purchase I made as a tourist in China, and I did not realize the potentially hurtful nature of the slogan printed on it."

She added, "I sincerely apologize to anyone I may have inadvertently offended.”