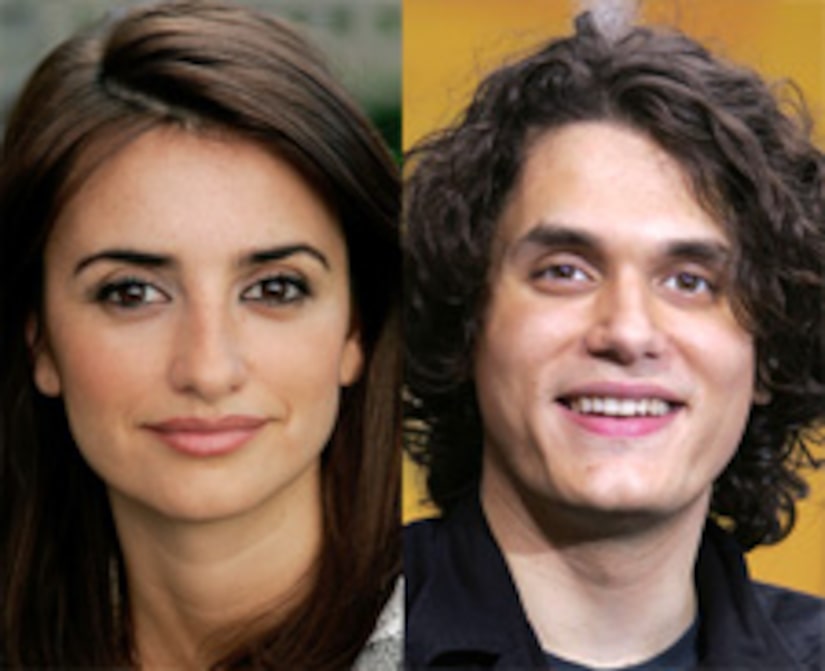 John Mayer has only been single a month since splitting with on-and-off-again girlfriend Jessica Simpson, and he's wasting no time getting back into the dating scene!

The New York Daily News says he was just spotted snuggling up to none other than Penélope Cruz.

It's a rebound romance for Penélope, too – she just broke up with Josh Hartnett.