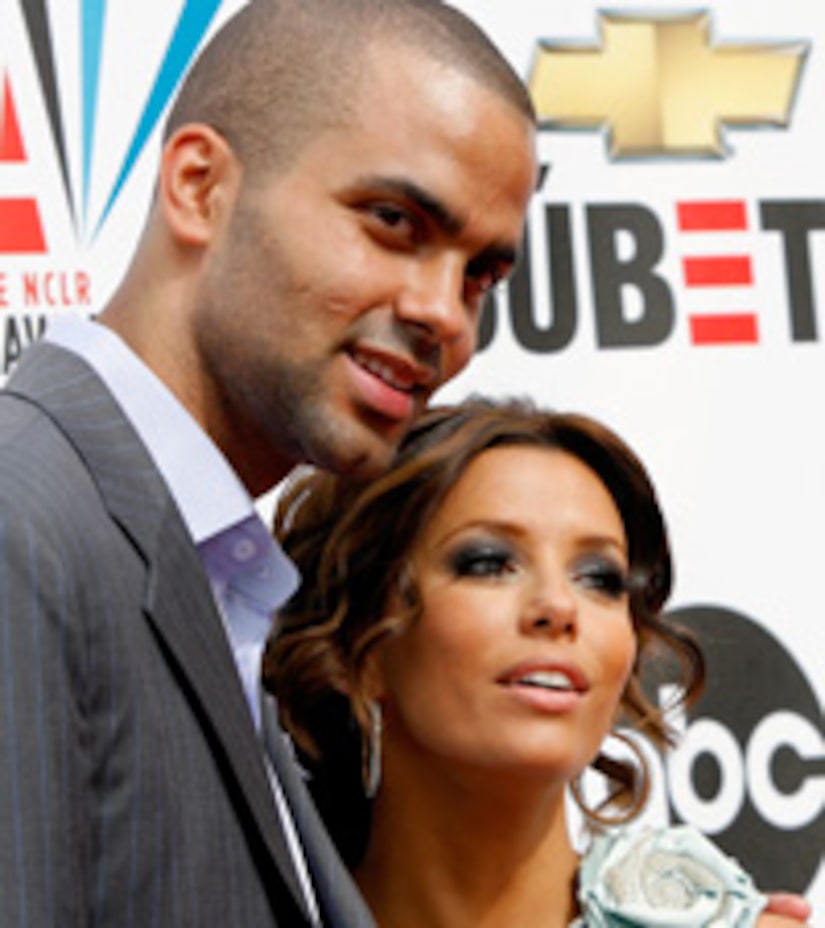 After staying mum about the details of their marriage and letting fiancée Eva Longoria do all the talking, basketball hottie Tony Parker is finally giving details on their big day!

Tony told reporters he'll be arriving in France “on June 27 and she on the 30th, I think,” for the big July 7 nuptials.

The ceremony will indeed take place in Paris, at the Chateau Vaux-le-Vicomte, a 17th century castle with sprawling gardens and beautiful views.

The French born athlete, 25, is also putting to rest the rumor that their wedding cake will be flown in from L.A. – at a whopping $11,000!

“You can't believe everything you read in the papers," he insisted.

Tony and Eva will be staying in Paris for the honeymoon, though he admitted, “It will be difficult to avoid the paparazzi now."

"It's like a dream,” Tony admitted. “It's hard for me to realize what's happening. I think later on I'll be able to understand what's going on now."