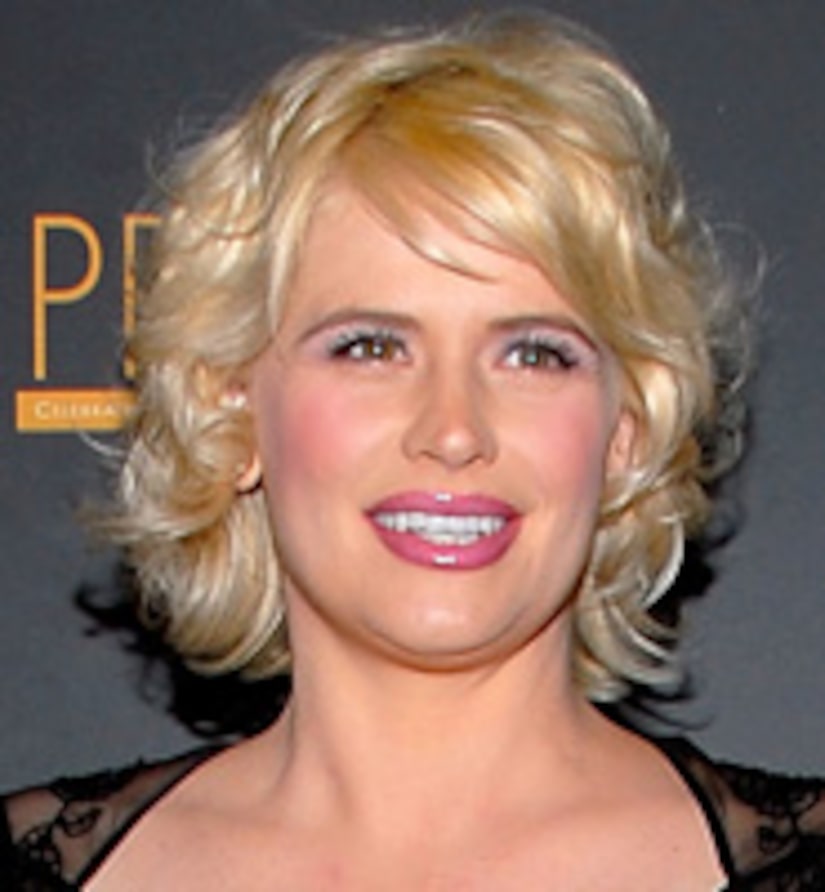 “Skating with Celebrities” champ Kristy Swanson and her fiancé Lloyd Eisler are speaking only to “Extra” about the Father's Day smack down that led to Kristy's arrest!

Pointing to her bruises on her arms and back, Kristy told us, “I have two little ones here. I've got one on my knee, and I have a gouge back here.”

Kristy is embroiled in a bitter battle with Eisler's ex-wife, Marcia O'Brien.

Last week, Kristy was arrested on assault charges in Canada after Marcia accused Kristy of hitting her.

But Kristy shot back, accusing Marcia of assault, and showing off her bruises to prove it.

Marcia told police that Kristy punched her in the eye. The scuffle happened as Lloyd, Kristy and their new baby went to Marcia's house to pick up his other children.

But Lloyd and Kristy have a different story, and they're going on the defensive to “Extra.”

“Marcia grabbed her shirt, grabbed her arm, and tried to pull her out of the van,” Lloyd recounted. “So I physically put my arms around Marcia, and removed her from the van after she pulled and scratched at Kristy.”

The couple is disputing Marcia's claims that Kristy punched Marcia, pointing to a large ring Kristy wears on her hand.

“If she were to punch Marcia, which she is claiming, she'd be cut, and there are no cuts on her face,” Lloyd insisted.

This is just the latest drama in the reality show love triangle.

Lloyd left Marcia after meeting Kristy on “Skating with Celebrities” – while Marcia was pregnant.

Kristy has now filed her own charges against Marcia.

Do you believe Kristy's side of the story? Leave your comments here and let us know!