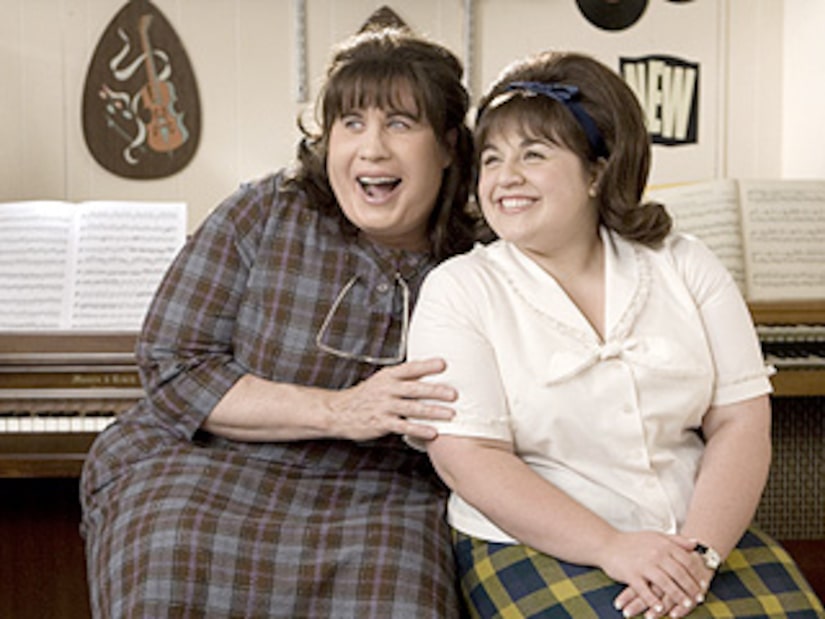 “Grease” superstar John Travolta is making his musical comeback in this summer's comedy “Hairspray” – and he's admitting to “Extra” he didn't even want the role.

“I did the biggest musical in history, and I said, 'Well, it's going to take a lot of grease to get me back in the frying pan!'”

Well, the producers of “Hairspray” clearly worked their magic, and they not only got John to return to his singing roots, they also got him to do it in drag!

John's gender-bending role has him playing Edna Turnblad, the mother of a wanna-be singer who tries to break into show business and integrate 1960s Baltimore.

“Dancing in those high heels – that was pretty darn challenging,” John admitted. “And girdles and bras…it's not easy!”

John also broke news to “Extra,” setting the record straight about reports he stays up all night in order to avoid the paparazzi!

But he does admit that he lives a rather unconventional lifestyle – he's nearly nocturnal!

“Since I was five, I've been nocturnal,” he explained. “My mother did theater; she'd come home at 2 in the morning, and my dad and I would wait up for her – and I never got out of that habit.”

Yet John is definitely not counting sheep all night.

“I fly sometimes at night," he said. "I catch up on all sorts of business that I have to do. I work out; I do my work out at night.”