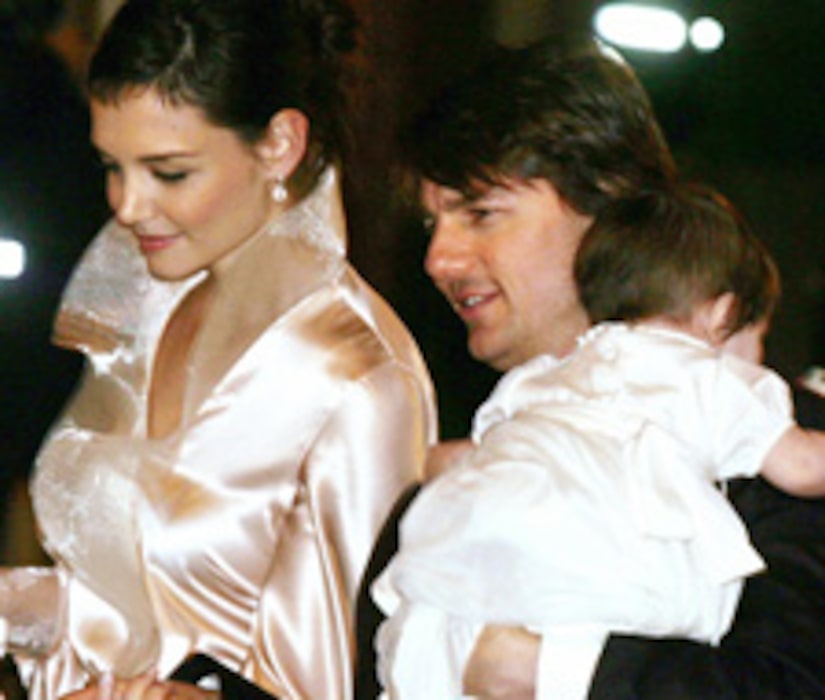 Various papers are reporting the actress is telling her friends she is indeed pregnant!

"Katie and Tom are thrilled about having another baby on the way. She is glowing with happiness," a source revealed to a UK newspaper.

Katie has been talking to various magazines about how she and Tom are really looking forward to reliving the experience of becoming parents for the second time.

They're already parents to daughter Suri, who just turned one.

But if TomKat want to deny those rumors, maybe they should consult a stylist.

Rumors have been swirling ever since Katie arrived in Spain to celebrate pal David Beckham's last game with Real Madrid - and she appeared to have a noticeable baby bump under her clinging dress!