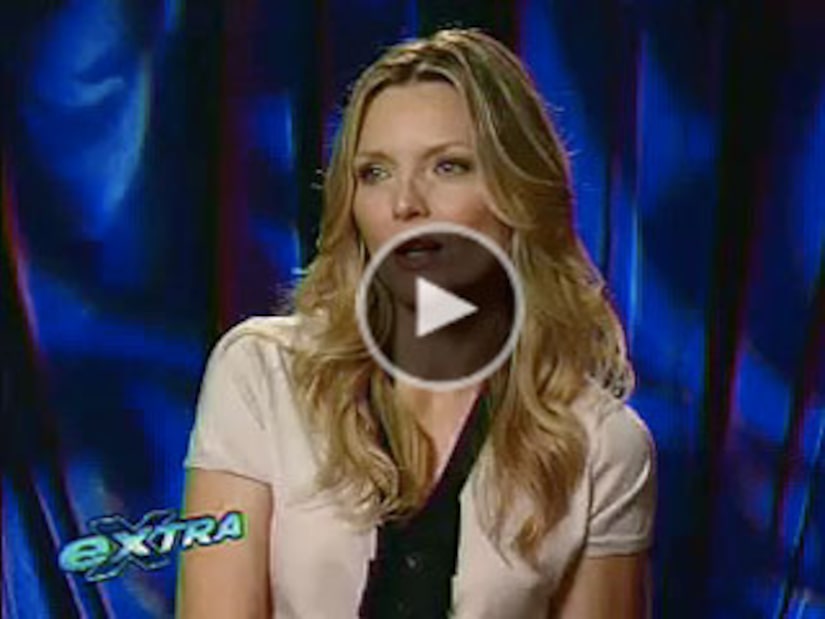 Gorgeous Michelle Pfeiffer is finally making her return to the big-screen, starring in this summer's musical comedy “Hairspray” with John Travolta.

She hasn't made a major film since 2002's “White Oleander,” but now Michelle is back – with a vengeance! She's playing a former beauty queen turned stage-mom from Hell in the musical.

“In the beginning it didn't feel like fun,” Pfeiffer admitted. “After I had signed on to do it, it suddenly occurred to me that I was playing a racist.”

“I've played a lot of really vicious characters,” Michelle added. “But for some reason, this really stopped me in my tracks.”

Her biggest concern was how her children would receive their mother as a woman so filled with hate.

“I was really more concerned with my kids and how – if they were going to understand it,” she admitted.

“I just explained to them it's an important message,” Michelle told us.

And she says no one was more supportive than her mega-producer husband, David E. Kelley, the man behind “Ally McBeal” and “The Practice.” Just don't ask the couple to work together!

“You know I'd like to keep my marriage together,” Michelle joked. “People who work together don't always have the best track record.”

“I like coming home at the end of the day and complain about how so and so did me wrong, and I want him to be on my side,” she admitted.

Time is definitely on Michelle's side – the 49-year-old is as stunning as ever.

“It's no mystery,” she explained. “You exercise, you eat right. It's no magic cream.”

But while Michelle isn't planning on going under the knife anytime soon, she admitted it's something she's thought about.

“I have to say the older you get the harder it is to say never,” she said. “So you start to change your tune real fast. I just really hope I'm brave enough to age gracefully.”