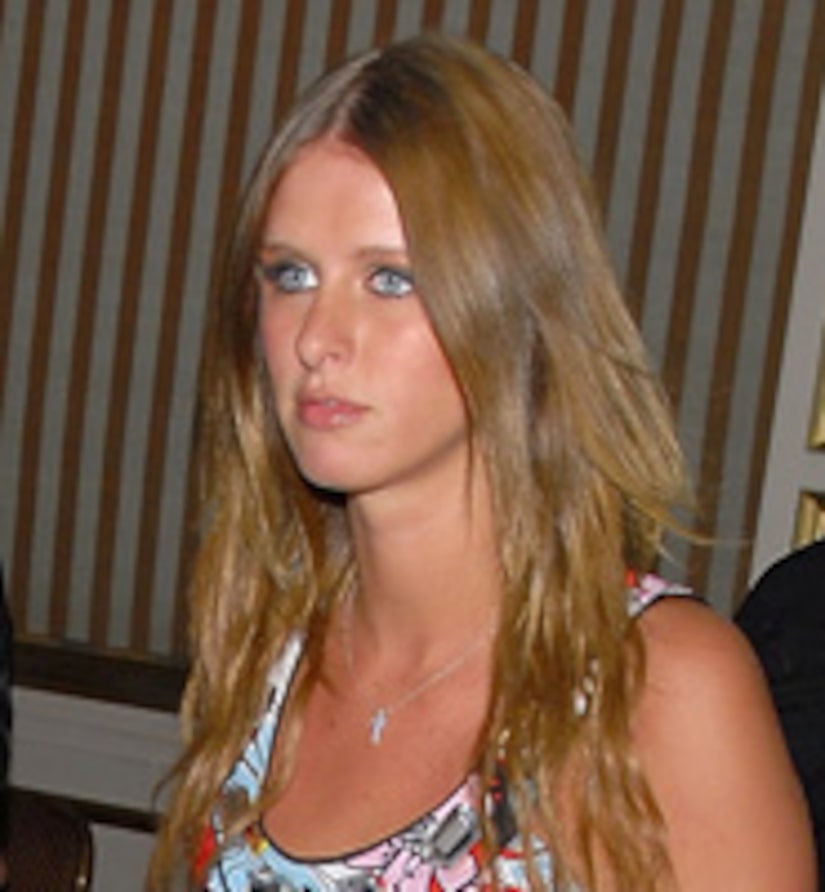 “Extra” was with Kathy and Nicky Hilton as they solemnly left the jail where Paris is serving her sentence.

“She has to do what she has to do,” said Kathy, reserved and determined to press forward from the crush of paparazzi.

Apparently, Kathy is holding up better than Nicky. People says Nicky broke down in hysterics after visiting her sister in jail.

Maybe that's why Kathy has just banned television from the Hilton home!

The coverage could be too much for Nicky, who says that seeing Paris in jail is “like right out of the movies.”

Rumor has it Paris could fly the coop this weekend, but those reports are unconfirmed.

Another shocking rumor that's gaining ground is that Paris' BFF, Nicole Richie, may be pregnant!

Our spy inside the party told us Nicole never took a drink while she was inside.

No comment from Nicole's camp, but if she is pregnant, life could get very complicated for the socialite.

Nicole could be headed for jail, just like Paris, and being pregnant behind bars would certainly be a challenge!

She was arrested and charged with DUI several months ago for driving – on the wrong side of the freeway – in Los Angeles.

She admitted to cops she'd been taking Vicodin and smoking marijuana.