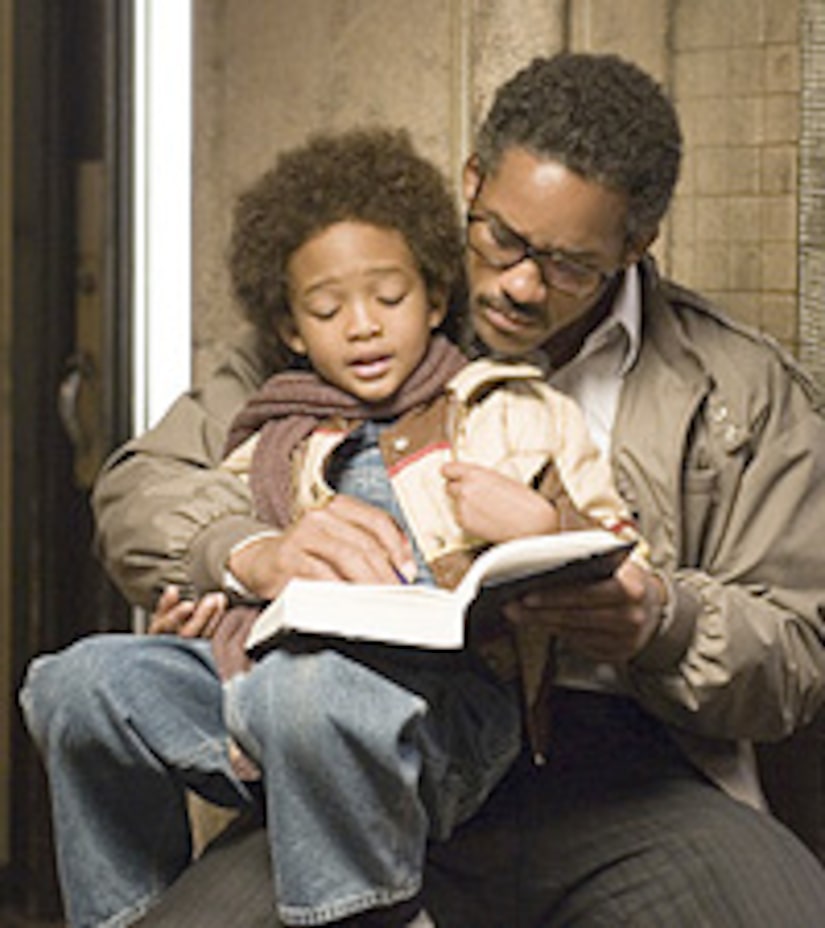 Just in time for Father's Day, Blockbuster has released a survey on the best and worst dads on the big screen.

Topping the list of the most-liked movie dads is Chris Gardner in "The Pursuit of Happyness," played by Will Smith.

Will's real-life son, Jaden, stars alongside his famous daddy in the film, and their on-screen relationship convinced fans that Will's the best father on and off the movie screen!

Not far behind Will is Steve Martin's classic role as George Banks in "Father of the Bride."

But the worst liked dad?

Jack Torrance, played by Jack Nicholson, in "The Shining!"

Suprisingly, for the dad most people would like as their own, Brad Pitt and Tom Cruise ranked among the lowest!

Celebrity Dads You'd Most Like As Your Own
Will Smith, father to Trey, Willow and Jaden - 25%
Russell Crowe, father to Charlie and Tennyson - 8%
Ben Affleck, father to Violet - 7%
Brad Pitt, father to Maddox, Zahara, Shiloh and Pax - 7%
Hugh Jackman, father to Ava and Oscar - 6%
Tom Cruise, father to Isabella, Connor and Suri - 6%