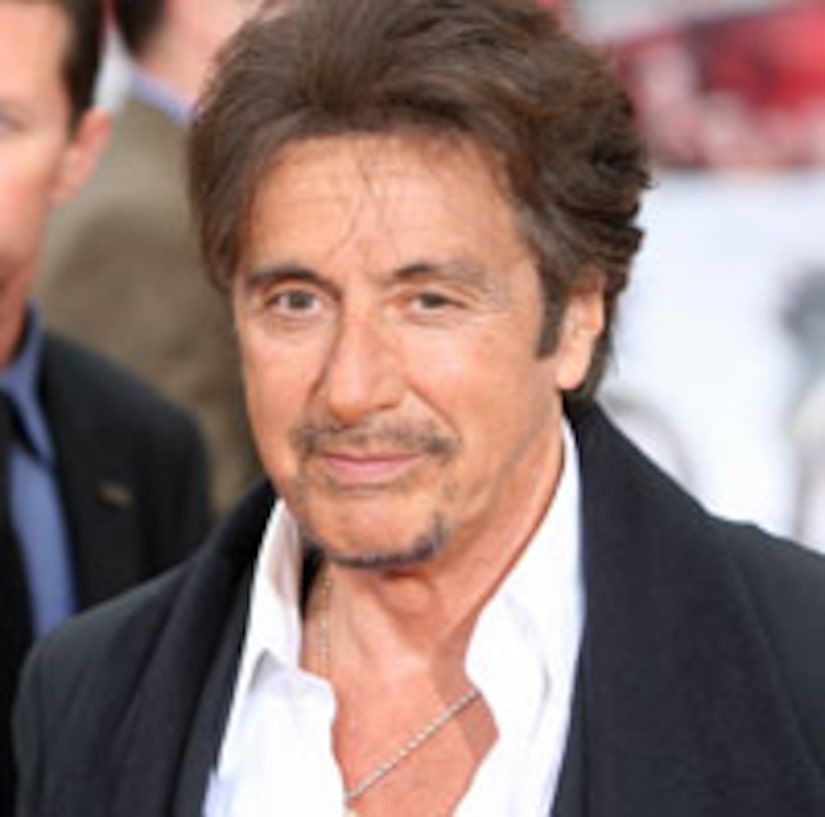 We caught up with the “Ocean's 13” star – fresh from the film's premiere – at a special screening of “The Al Pacino Collection,” where he gave us a rare and intimate look at his life.

“I don't know anything about acting,” Pacino, 67, revealed. “That's how I start every role, every time.”

Clearly, though, the infamous actor knows a thing or two about the business.

He's been acting since his teens, and he started his career on the stage in New York. In fact, he turned down 11 film offers before he took his first one!

He joked, "You don't even want to know the films that I've turned down. It will make you sick."

“The actor is an emotional athlete,” he added. “You've got to be a little nuts to start with.”

When Pacino, at 32, finally landed the role that made him a superstar in “The Godfather,” he had no idea how he would live up to the pressure.

“I thought, 'How am I going to do this? This is the hardest part I've ever had,'” he confessed.

In order to create Michael Corleone, a character he calls “an enigma,” he spent countless hours rehearsing and persuading director Francis Ford Coppola that he was right for the part.

From there, Pacino went on to create legends out of his characters from “Serpico,” “Scent of a Woman,” and “Scarface.”

He also admitted that some of his most famous lines from those films were all improvised!

“I've done a couple of movies without reading the script,” he said.

Now, after starring in “Ocean's 13” with Brad Pitt, George Clooney and the rest of the boys – whom he calls “a really funny, engaging and classy group” – Al has some advice for the next generation of acting legends:

“You have to be fearless. You have to tell yourself you're good at it. Just go for it.”