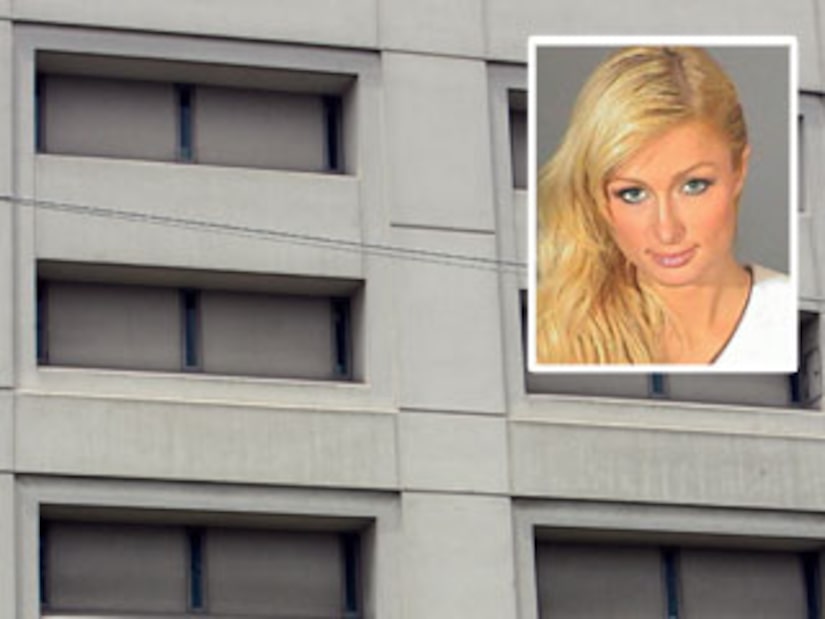 Paris Hilton is in the pen for day two of her jail sentence – and it's a harsh reality!

She spends 23 out of 24 hours in solitary confinement!

“The one hour a day that she's out, she's allowed to take a shower and talk on the phone,” says her attorney Richard Hutton.

But there are no cellphones – just an outdoor payphone!

And to add to the agony, there are no mirrors…no moisturizer…and the pampered Paris can't even blow-dry her hair!

But, good news! Paris does get to keep her hair extensions.

Turns out they're short enough for jailhouse regulations.

Top legal analyst Jeannine Piro is putting perspective on the Paris sentence, explaining, “This sentence is very appropriate. It's within the legal guidelines.”

Last night the late-night comics had a field day with her jail debacle.

“Paris Hilton is now in jail. The streets are safe!” exclaimed Jay Leno.

Joked David Letterman, “Unlike a Hilton hotel, her room was ready on time.”

Friend Elisha Cuthbert told us, “She's a dear friend, and I love her to death. I hope for the best.”

She shot back, “I have no thoughts about Paris. I don't spend time thinking about Paris.”

Guess Paris won't be telling her jail story on “Oprah” any time soon!