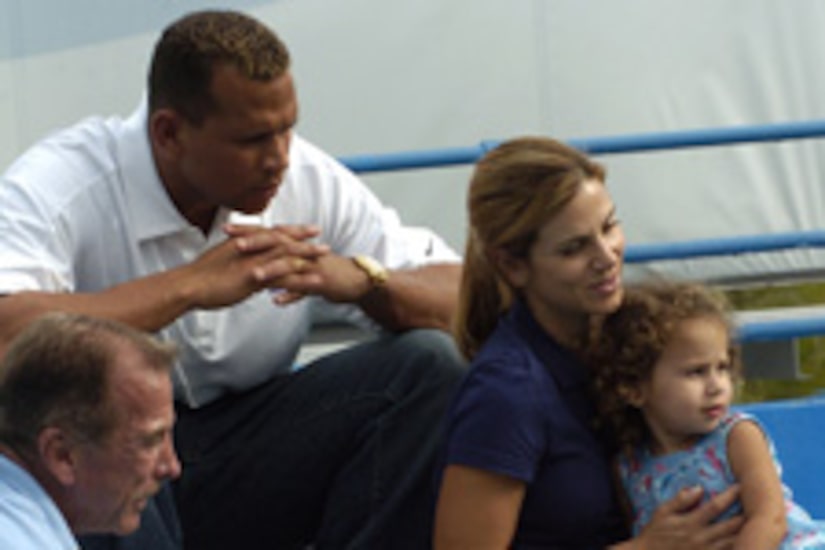 Despite scandalous reports that New York Yankees player Alex Rodriguez was cheating on his wife Cynthia, the couple are making a major point by publicly appearing together in Boston.

The couple was reunited – smiling for the cameras and strolling hand-in-hand – even as more details emerge about the mystery blonde he was spotted cavorting around town with.

The woman who went out with A-Rod around Toronto is a 31-year-old exotic dancer!

The New York Post is identifying her as Joslyn Noel Morse. She was a former stripper at Scores Las Vegas, where sources say A-Rod was a regular.