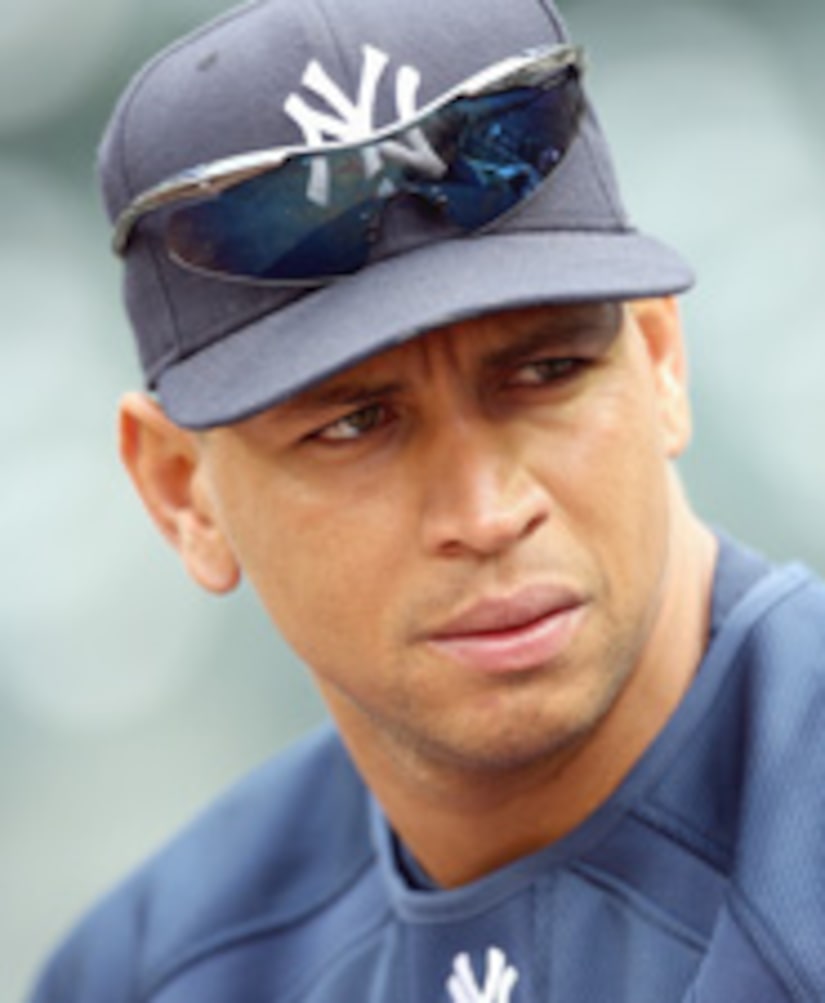 Has New York Yankees superstar Alex Rodriguez just struck out with his wife?

If the proof is in the pictures, then he's out!

A-Rod is in the middle of an explosive scandal after numerous photos surfaced of him with a mystery blonde – who was not his wife.

Headlines in the Big Apple are declaring some major Yankee-pankee, saying A-Rod is cheating on his wife with a woman he's been meeting in several different cities!

Rodriguez was caught Sunday night with a busty blonde in Toronto, dining in a pricey steakhouse before heading out to an all-nude strip club and ending up at his hotel.

He was caught with a similar-looking blonde - who could be the same woman - in Dallas, Las Vegas and Seattle.

If it turns out the baseball player is a real-life player, it would blow his “family man” image apart.

He and wife Cynthia have been married since 2002. They have a 2-and-a-half-year-old daughter.

Though A-Rod is keeping mum on the whole scandal, his wife Cynthia left their swanky New York apartment, reportedly with two suitcases.