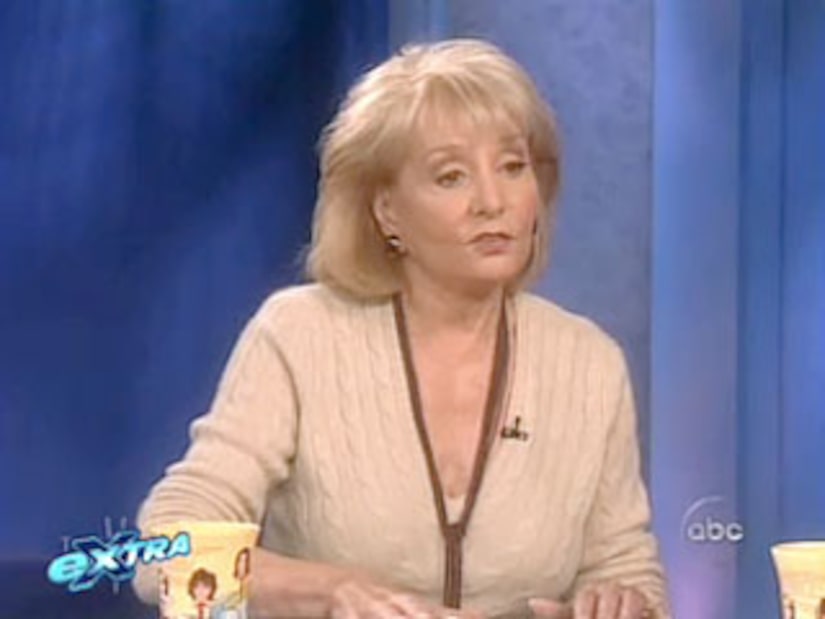 Rosie O'Donnell and Elisabeth Hasselbeck's explosive feud on “The View” is dominating the news and prompting thousands of responses from people nationwide.

“Extra's” own Dayna Devon went on “Larry King Live” to discuss the nasty verbal smackdown, saying, “I think Barbara Walters regrets that she took today off. She's kind of the den mother and when she's gone the cubs tend to get into brawls.”

Barbara tried her best to handle the thorny aftermath on this morning's show.

She joked, “Aunt Barbara is back – and there is peace in the kingdom!”

But then she got serious, insisting, “I really don't want a rehash of yesterday.”

And now Donald Trump – Rosie's arch-enemy – is weighing in!

He's fighting mad, slamming Elisabeth for dragging him in to the big fight when she shouted yesterday, “It's much easier to fight someone like Donald Trump, isn't it? Because he's obnoxious!”

Donald admits, “Well, I am obnoxious. On that she's right, I must say.”

But then he goes on a verbal rampage of his own, saying, “But Elisabeth is not a very smart person. She's one of the dumber people on television.”

Does that mean he's actually on Rosie's side?

Not exactly. Donald says, “On this one I think Rosie should win – but Rosie's not much, herself!”

Rosie has three weeks to go until she leaves “The View.” But could the passionate host be leaving early – for good?

Her last day is June 22, but there's speculation that she's actually quit!

Fans are weighing in right here on “Extra's” website, and the comments are pouring in.

“Karen” writes, “I disagree with Elisabeth about the war and often find myself yelling at the TV. So I say good for Rosie!”

“Leigh” writes, “Thank you, Elisabeth, for standing up for what is moral and right. Personally don't know how you can work with Rosie everyday.”

Who was right: Rosie or Elisabeth? We want to hear from you!