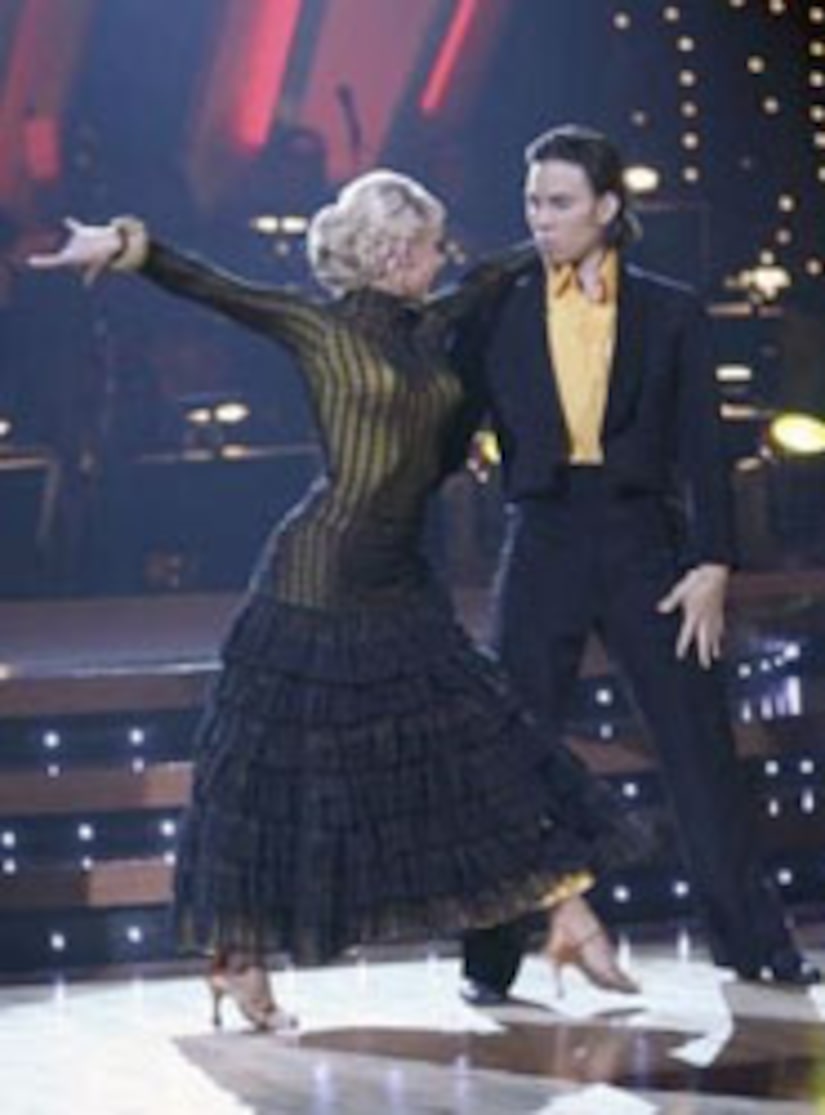 Olympic skater, hunky bachelor – and “Dancing with the Stars” champion! Apolo Anton Ohno has it all -- and “Extra” has the backstage moments you didn't see on Tuesday night's big finale.

Cheryl joked, “I thought I had it good, but you have it really good!”

But Julianne is giving Apolo all the glory! “You know I just had the best dance partner this season,” she said.

Apolo earned even more words of praise from the judges, and we got their first reaction to the mega-finale at the Whisper Lounge in L.A.

Judge Len Goodman revealed Apolo's secret when he told us, “What was so good about him was he was good at any dance.”

But Len was singing a different tune last week when he told Apolo that his routine was “all gyration and raunch!”

“I did give him a hard time,” Goodman admitted. “Deservedly so!”

When Laila Ali went down for the count, losing her biggest fight to Apolo, she confessed, “I'm pissed!”

Surprisingly, the judges blamed her exit on her own partner – Maksim Chmerkovskiy!

They're saying it was all due to Maks' choreography on Monday's show, which left Laila dancing by herself.

“Laila's left on the stage. He just left her laying there! It was a blunder,” Len said.

Judge Carrie Ann Inaba added, “She got up by herself, which is a no-no in dancing.”

Meanwhile, it was “Bye Bye Bye” for Joey Fatone, but don't feel too bad for him – he's happy to be the biggest loser!

Judge Len also revealed what he says was the biggest moment of the season: Heather Mills.

Her touching return to the finale was especially inspirational for an 8-year-old amputee.

Heather told us, “A lot of people who've lost limbs are like, I can do anything.”