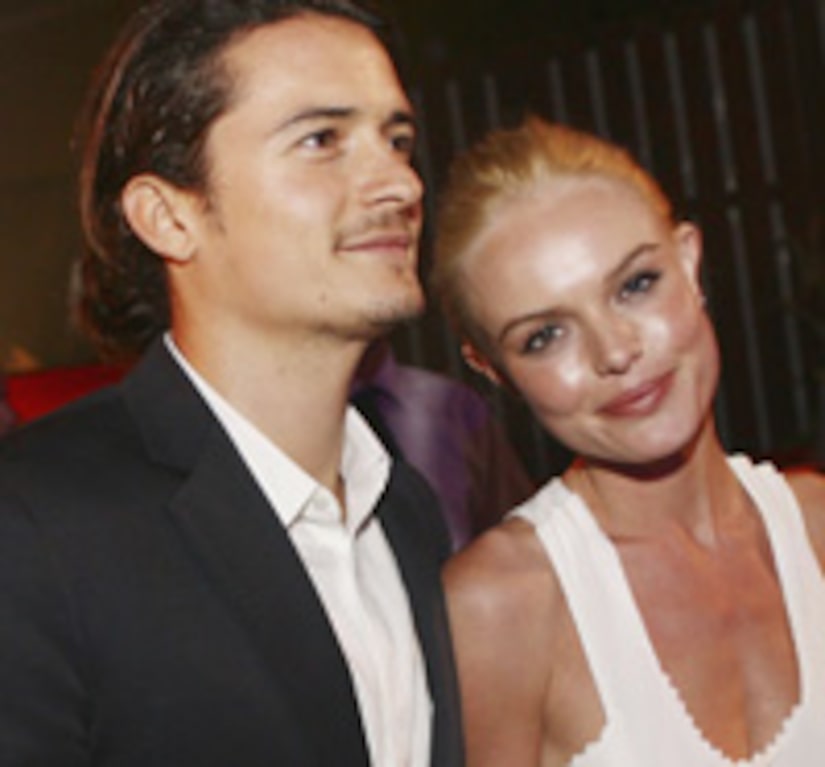 “Pirates of the Caribbean” star Orlando Bloom is opening up about his personal life, revealing details about love, his plans for the future and how he feels about dating now that he's single.

Despite that fact that he's a romantic, Orlando says that he finds “the whole dating thing very hard, actually.”

In fact, Orlando says his relationship with Kate Bosworth fell apart at the seams after the two took off to separate parts of the world to shoot their blockbuster movies.

It all went wrong when Kate went to Australia to shoot “Superman” and Orlando headed to the Bahamas for “Pirates of the Caribbean: At World's End.”

Orlando explained, “We tried giving each other a bit of time out. And, well, there were difficulties…it was extremely unfortunate that everything was on public display.”

He added, “We're still very good friends, but there's no denying that it had been a difficult year for us both.”

Since Orlando turned 30 this year, he's had a lot to reflect on. Even though his relationship with Kate didn't work out, he says he still has hope.

“I'd like to start a family one day and live more of a real existence, instead of being all over the place,” Orlando divulged.

But even though this bachelor wants to settle down, he still has only one love in his life: his dog Sidi.

He picked up the mutt while filming overseas, and from there on, it was love at first sight.

“I cleaned him up, intending to find a home for him,” Orlando said. “But after a few days, I just couldn't let him go. Now he travels pretty much everywhere with me.”