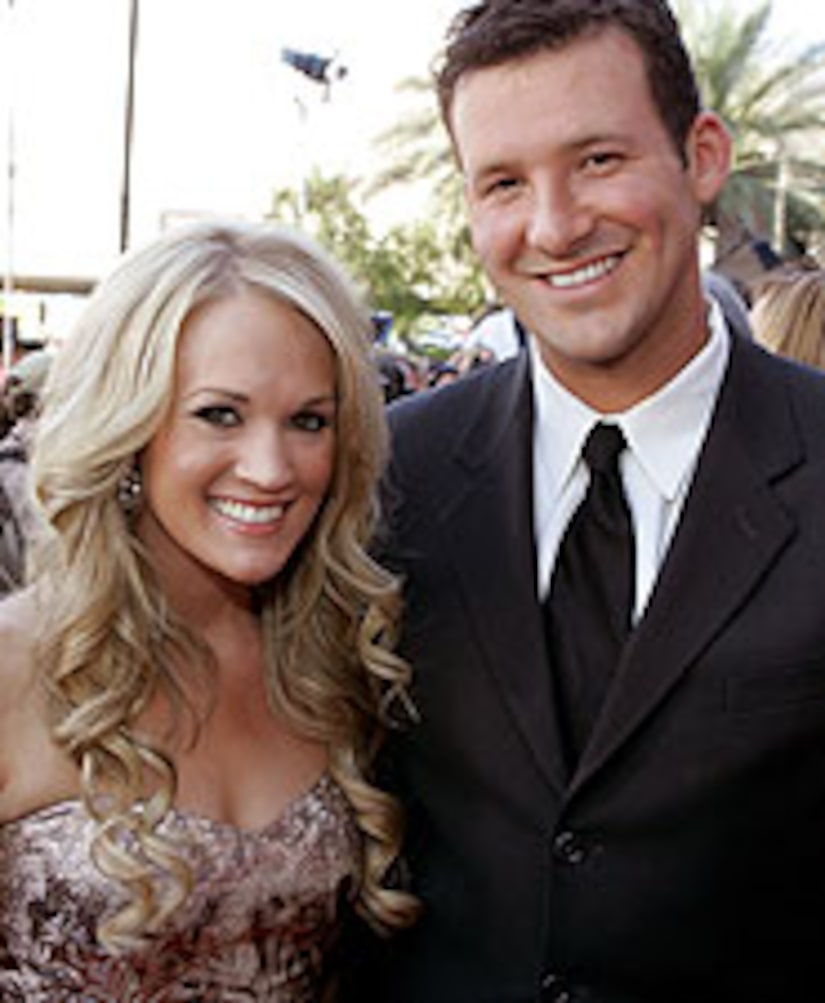 Sometimes country music is all about breakups, but the Academy of Country Music Awards was all about hookups Tuesday night.

Carrie Underwood made her first public appearance with football stud Tony Romo as she walked the red carpet.

It was the first time the adorable twosome actually acknowledged they were a couple!

The country crooner looked absolutely pint-sized next to the Dallas Cowboys quarterback, but they only had eyes for each other.

The songbird and the quarterback came right to “Extra” to reveal a little late night pillow talk!

“She loves to talk on the phone,” Tony told us.

“Him, not so much,” Carrie joked. “He falls asleep when I'm on the phone with him.”

Carrie took home three awards, including Top Female Vocalist, but it was backstage that she received her best praise!

“It was the first time I got to see her so it was a special moment,” Tony gushed.

The brand new couple got thumbs up from one of country's most durable duos – Tim McGraw and Faith Hill.

Meanwhile, Luke Wilson, who strolled the red carpet with the country stars, went on rumor control, telling “Extra” that whispers about a romance with his “The Wendell Baker Story” co-star Eva Mendes are simply not true.

“I always wish the rumors were the truth,” Wilson admitted.

But there is one person not denying her feelings – Kellie Pickler. She told “Extra” she's crushing on “Idol” hottie Blake Lewis!