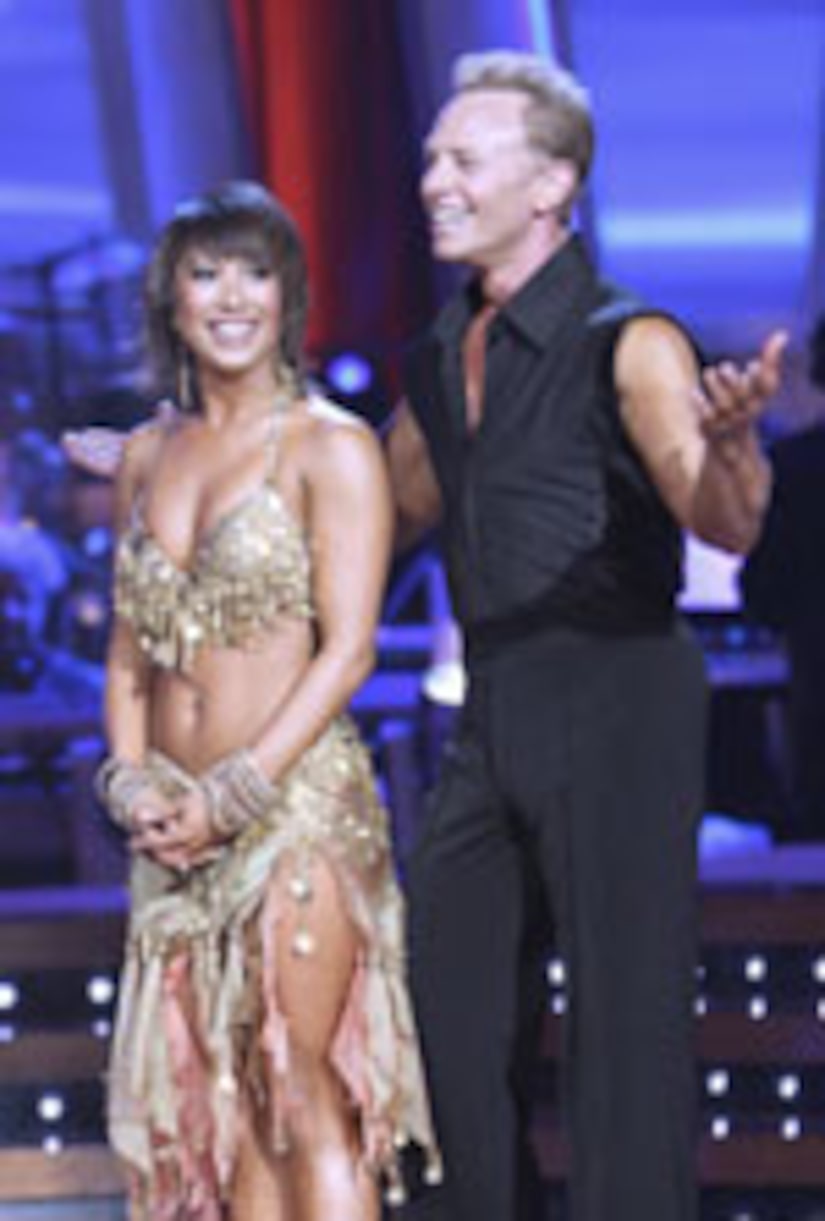 It's down to the fantastic final four on “Dancing with the Stars,” and only “Extra” has all the details you didn't see on television!

While Apolo argued with the judges, Laila Ali was arguing her own partner, Maksim Chmerkovskiy!

Before they took the stage, Laila and Maks butted heads in rehearsal, but all that hard work paid off when the team earned 10s.

All that dancing must have paid off. Ian and Cheryl scored their first perfect 30 of the season Monday night.

“I had more fun tonight than I've ever had in this competition,” Ian admitted.