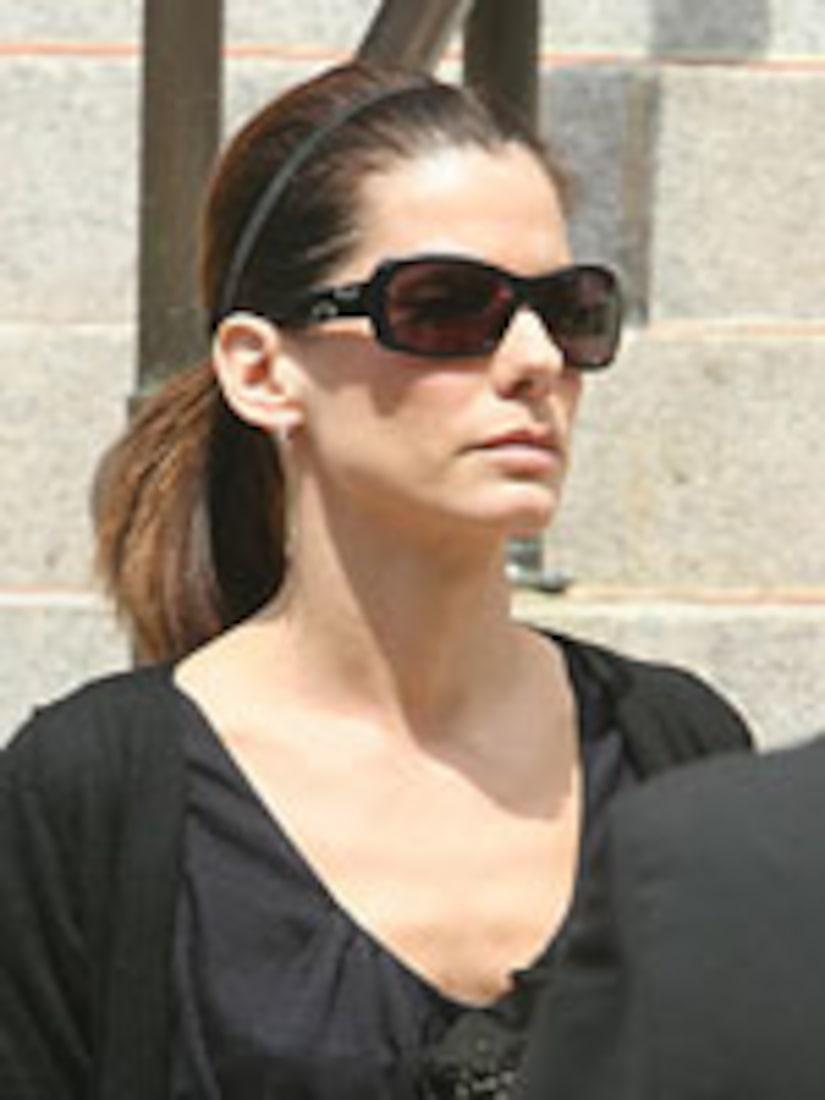 TMZ.com is reporting that an Orange County Superior Court judge has granted Sandra Bullock protection from an obsessed fan who allegedly tried to run down Bullock's husband Jesse James.

Bullock was in the courtroom to watch the whole thing go down!

Marcia Valentine must stay at least 500 yards away from Bullock, James and his children for three years.

The judge also granted the couple the use of video and audio surveillance as protection.

According to cops, Valentine tried to run down the West Coast Choppers mogul in the driveway of the home he shares with Bullock in Orange County, while his child looked on in horror.

Luckily, James was unhurt during the alleged incident.