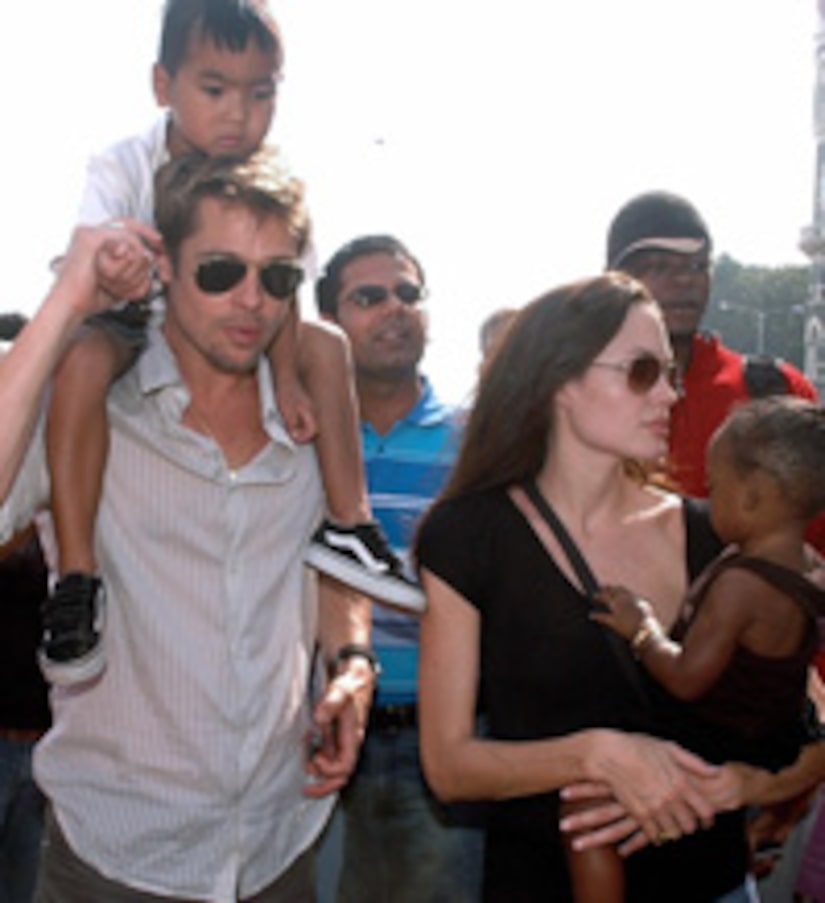 “Extra” has details from Angelina Jolie's brand new interview about Brad and the kids.

In the new issue of Reader's Digest, Momma Angie said that she and partner Brad Pitt set aside special time in the week for each of their children.

The world's most beautiful couple and their four adorable kids – Pax, Maddox, Zahara and Shiloh – spend Sundays in bed watching movies together.

She also revealed that while she disciplines the girls, Brad has the daddy-duty down with the little men of the house.

Angie got even more candid with Reader's Digest, talking about what it was like for Pax, three-and-a-half, to adjust to a home so far away from Vietnam.

“There were all these things he'd never had,” she said. “The first time I gave him a bath, he was suddenly laughing, out of his mind. He took five baths in one day. We'd be talking, and he'd take his clothes off and run into the bathroom.”

She also told Reader's Digest how she's dealing with the death of her mother, Marcheline Bertrand, who recently succumbed to cancer.

“I'm one of those people who walk around as if it's fine, and then suddenly I don't know why I'm crying over my breakfast,” she told the magazine. “My mother was my best friend. I'm so grateful I had her as a mom.”

But she said she finds a lot of strength in her family, and despite what the tabloids say, they are just a normal couple. She told the magazine that she loves Brad because, “He slows me down to kind of get it right, to relax into the strength of my family and the love.”

The entire interview can be found in Reader's Digest and it hits the stands in June.