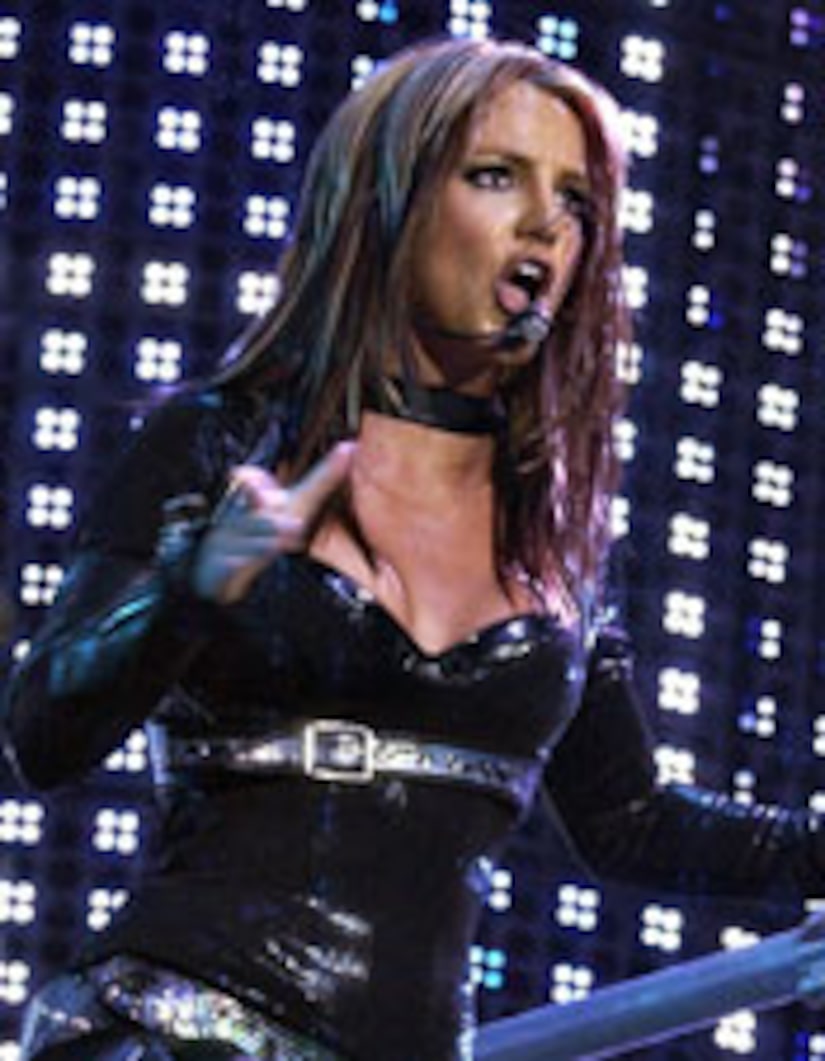 Britney had a big night on the Sunset Strip - and she's not done yet!

Screaming fans...flashing paparazzi...barely-dressed dancers...everyone was out in full force as the Britney Spears Comeback Express rolled on!

Brit put on her third show in three days, this time at the House of Blues in Hollywood.

Some fans paid as much as $300 for standing room-only tickets.

That's no problem for one fan - if that fan happens to be Lindsay Lohan.

"Extra" caught Lindsay cheering as the nearly-naked Britney lip-synched her way through half a dozen songs.

So what's next for Brit now that she's back?

The rumor mill is churning that she might do a duet...with Marilyn Monroe!

Her old friend Lance Bass has secured the rights to the Monroe song "Down Boy," a song that was originally intended - but cut from - the film "Gentlemen Prefer Blondes."

Next stop on the comeback tour: the House of Blues in Las Vegas this Sunday.