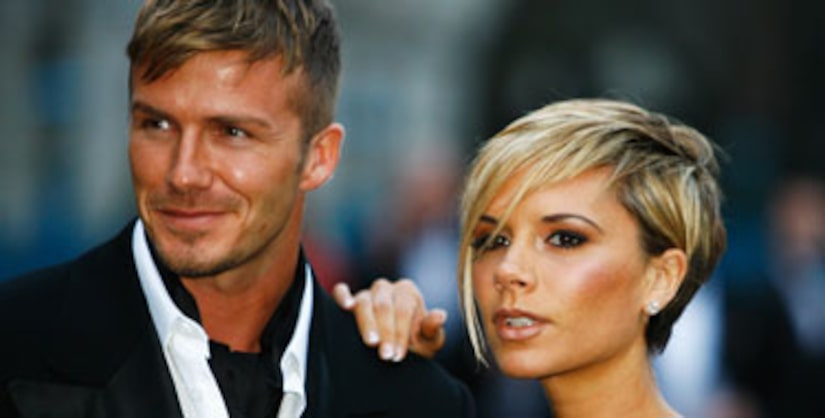 It was a British invasion Wednesday night at David Beckham's 32nd birthday bash, and only "Extra" can take you inside!

The famous soccer stud walked arm and arm with wife Victoria (a.k.a. "Posh Spice") as the pair went on a wild shopping spree in London.

Once David was satisfied with his outfit, the couple waltzed into their London celebration to reunite with pals, including former Spice Girls Emma Bunton, Geri Halliwell and Melanie Brown!

So, is there another reunion of sorts in the works?

Before flying to London, Mel B told "Extra" that the girl group will be sitting down and "discussing things!"