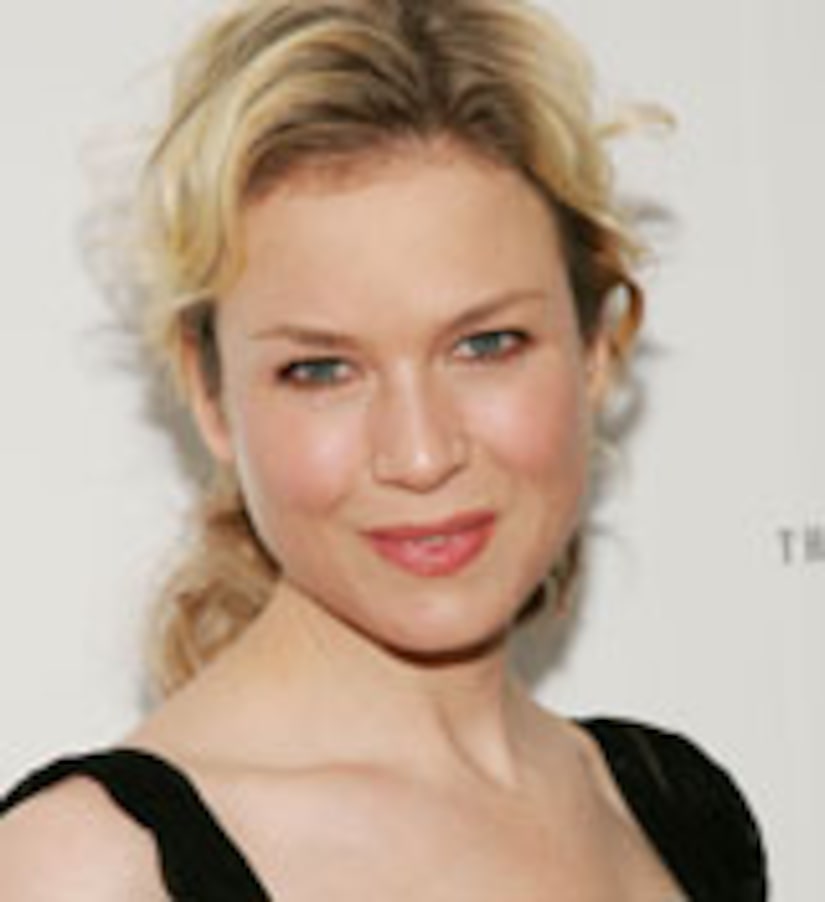 Is the beautiful and talented Renée Zellweger daring to love again with an office romance?

“Extra” spotted the former Mrs. Kenny Chesney and “Office” star John Krasinski on a stroll in North Carolina where they're filming the new movie “Leatherheads.”

So is there love on set? Renée's people could not be reached, so we'll have to wait and see how this one plays out!

The film, set amidst a background of American football in the 1920s, also stars George Clooney, who also penned the script and is currently directing.