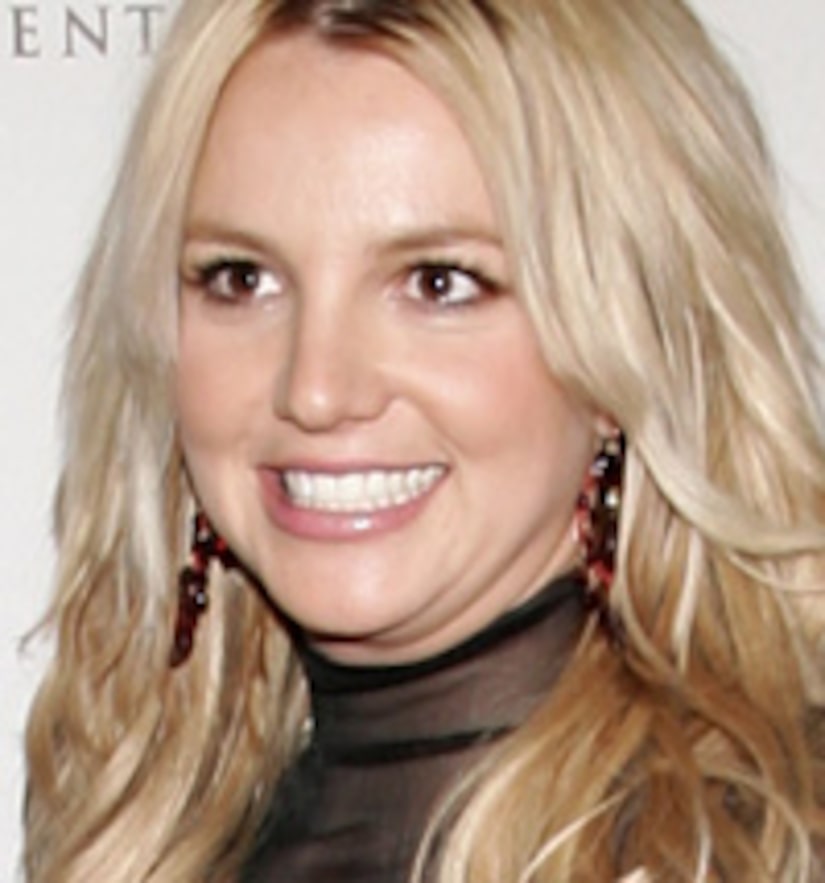 Britney Spears made a stunning confession Wednesday night after a friendly photographer inquired, “When are we going to hear your album?”

“I don't know; I may quit,” the pop princess said.

While it's still unclear whether or not Brit was kidding, the photographer didn't stop there as he put the pop star on rumor control while she was in the car with her cousin, Ali.

As for Britney's recent aficionado for the L.A. Lakers, her cousin admitted it's her fault she's been spotted courtside so often.

“I'm the one dragging her to the Lakers games,” Ali said, adding that she think Luke Walton is “cute and a really good at basketball, but that's it.”

There is no question that Brit seems to be back to her old happy self. But when the rolling interviewer stopped inquiring about her life and offered her a compliment, Britney bit her lip and appeared to be holding back tears.

So what did he tell her?

“I'm really proud of you; you're doing great, you look amazing, Britney!”

Also proud of Brit's progress is her ex-boyfriend Justin Timberlake, who just told People magazine that he reached out to Spears in a time when she needed it the most.

“I called her because I was worried about her,” the 26-year-old “SexyBack” singer revealed. “She's a great woman. I'm rooting for her. It seems like she's getting everything under control now.”