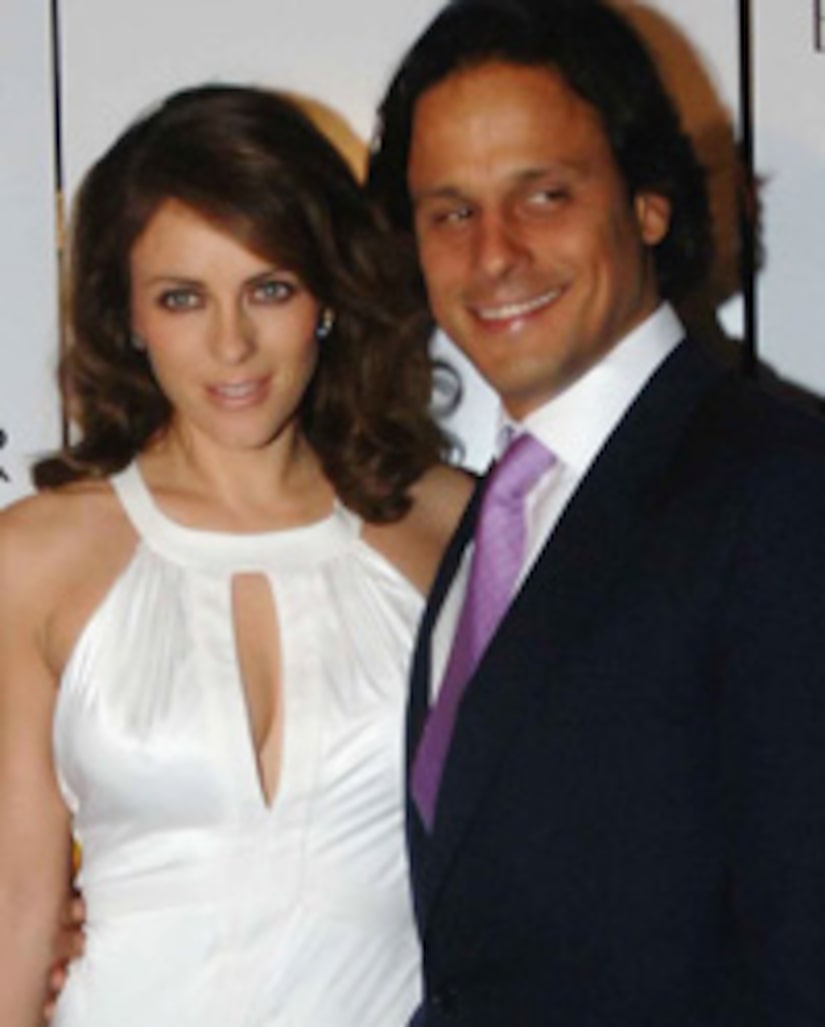 The honeymoon is over for Liz Hurley and husband Arun Nayer. It seems the pair is already caught up in a nasty newlywed family feud.

It was an all-out paparazzi pandemonium last month during Liz and Arun's 6-day wedding blowout. But now Liz's father-in-law is publicly disowning the couple.

He claims his new daughter-in-law treated him like a second class citizen during the marathon nuptials.

Liz is said to have gone ballistic after hearing the news, reportedly offering to reimburse her in-laws for a cancelled $60,000 party.