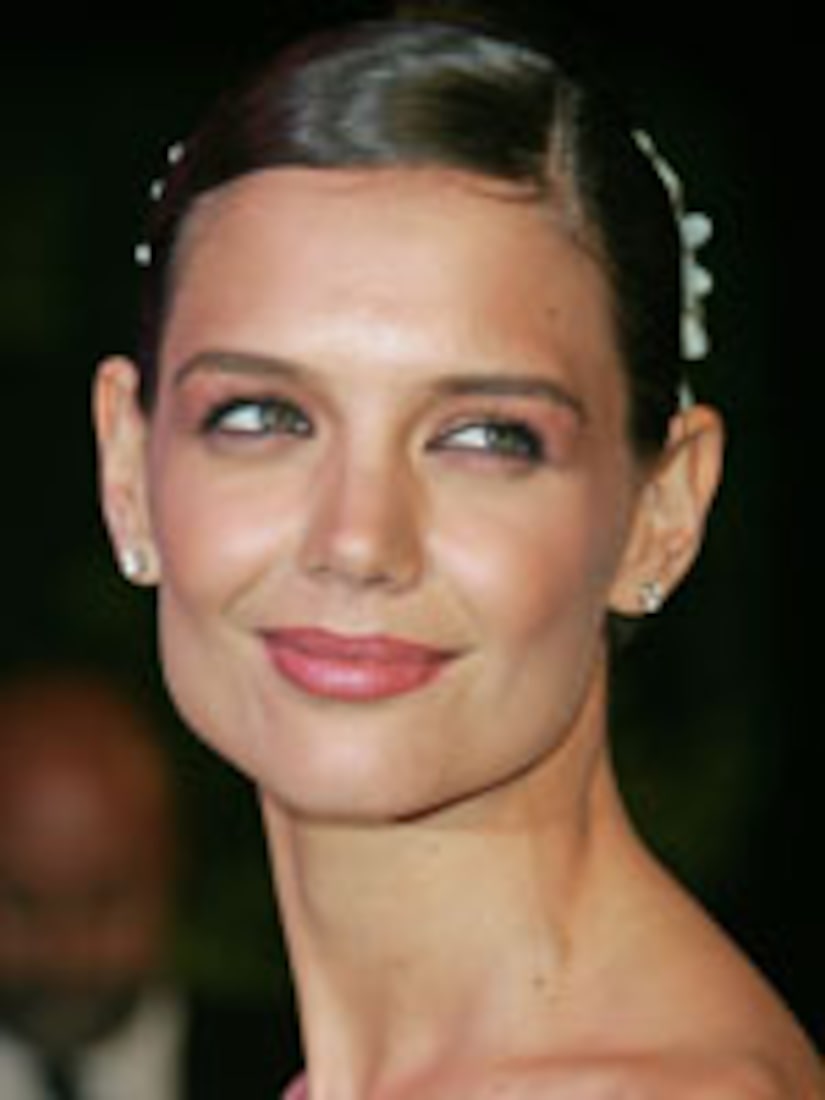 Mrs. Tom Cruise is gearing up for her return to the big screen, and we spotted Katie at a fitting for her first movie since she and Tom went public with their romance.

"Extra" has learned Katie's new role is alongside Diane Keaton and Queen Latifah in "Mad Money."

We've also learned the missus has just gotten herself a brand new publicist, which, in Hollywood terms, means Katie is ready to jump back into the lights, camera and action!

Later this month, Katie and Tom will attend a $100,000 a table fundraiser in the Big Apple, where Cruise is set to bring in Scientologists to help detox traumatized Sept. 11, 2001 rescue workers.