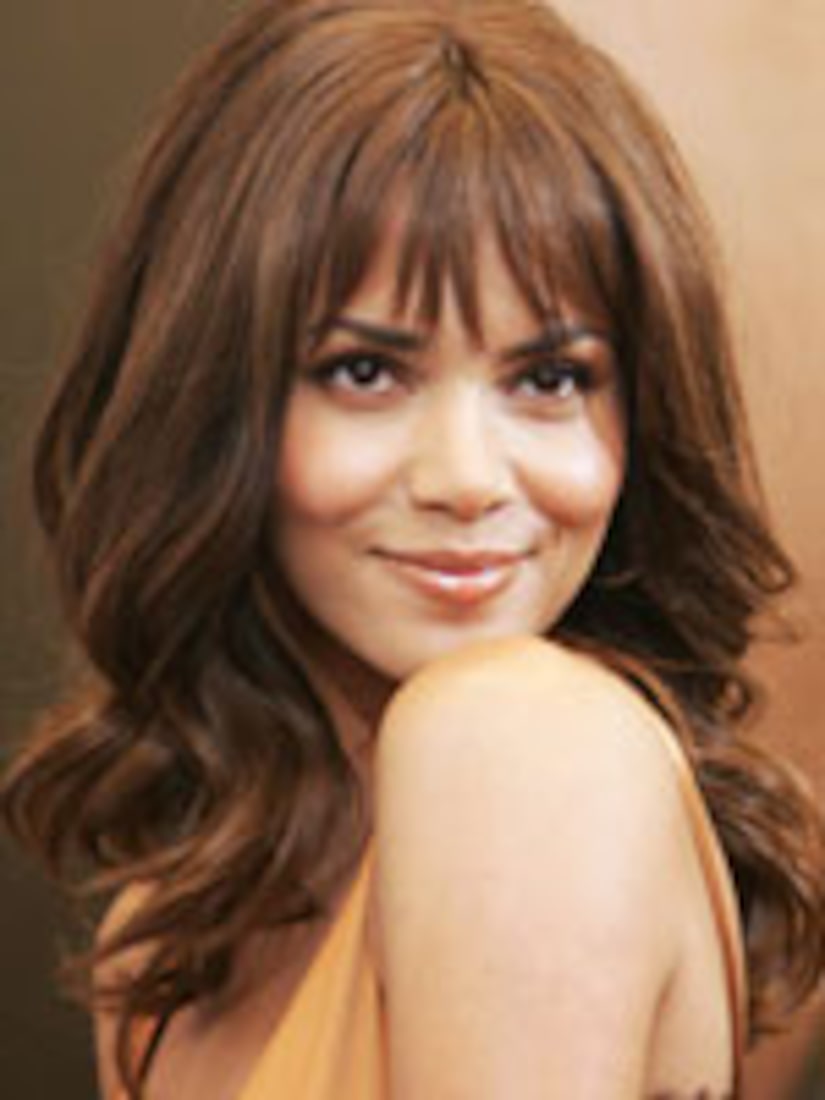 In the thriller “Perfect Stranger,” Halle Berry gets tangled up on the web, trying to find her best friend's killer by getting down and dirty in an online game of cat and mouse with Bruce Willis.

While it got dirty on camera, Halle kept it clean when she sat down for a one on one with “Extra's” Tanika Ray, revealing how she got caught up in cyberspace in real life!

“I've gone online trying to search for anonymity -- wouldn't it be cool if I could leave celebrity out of the equation and have a real conversation?” Halle said. “But I realized quickly it's kind of a shallow exchange when you can't be who you are.”

But Halle definitely likes who she is in this juicy new big-screen role: “I love women in control of their sexuality, strong and a little troubled, trying to rise above something.”

Halle describes herself as a woman who has risen above troubled times, like her suicide attempt following a painful divorce from baseball star David Justice.

“It's the past; if by bringing it up again something positive comes out of it for someone, then it's worth it,” Halle confessed. “It's just that I'm in such a different place now. I'm happier than I've ever been.”

Happier thanks to finding love with model Gabriel Aubry, but just don't expect the lovebirds to walk down the aisle.

“What's so wrong with a girl saying, 'I don't want to get married?' I've done it twice,” she said. “I'm not stupid to say never if I didn't know for sure. I may not get married again in the traditional way. But I want a relationship, a committed relationship, with one person.”

As for children, Halle said, “I hope that happens in my life.”