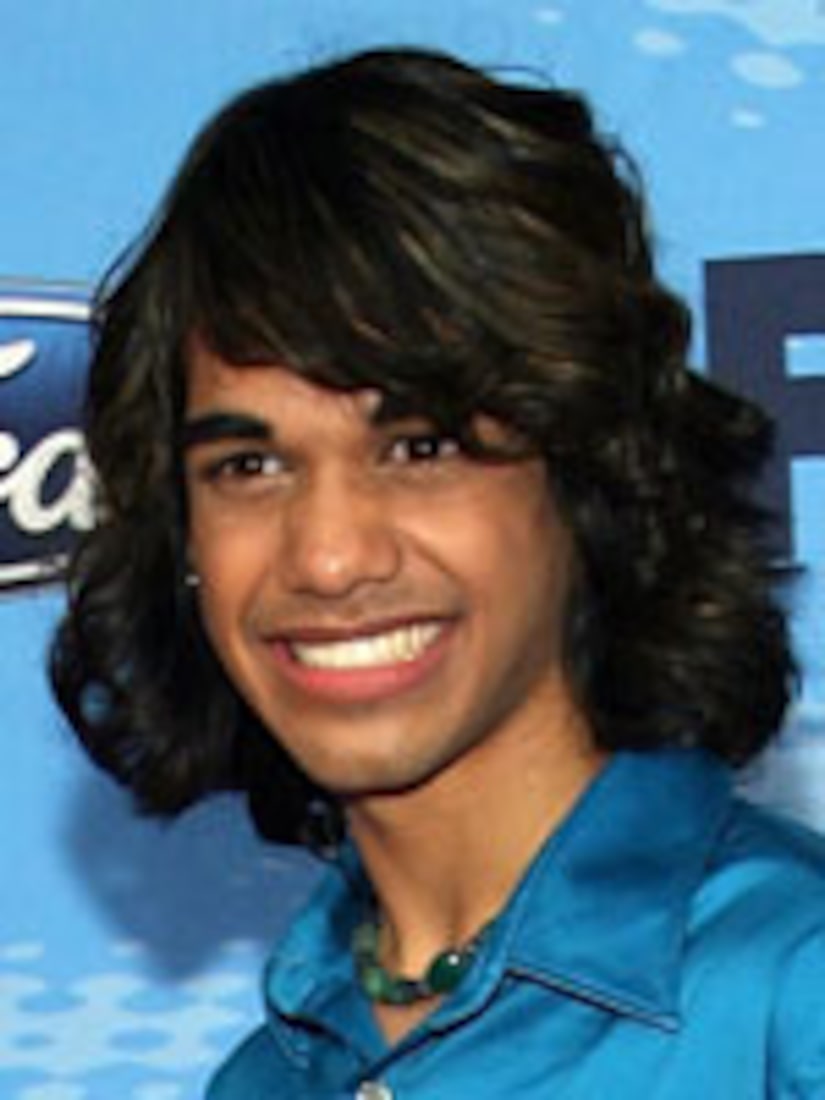 It's the Tuesday night follicle follies, as America waits to see what new look Sanjaya will sport tis week.

"Extra" has learned KFC just sent Sanjaya a letter offering him a lifetime supply of its chicken bowls if he gets a bowl cut!

But it's a Hooter's stunner from Sanjaya's sister that is turning her into America's most downloaded.

You may remember 20-year-old Shyamali from the Seattle auditions, where Simon told Sanjaya he was, "A lot better than your sister."

While Shyamali didn't make the finals, fans have not forgotten about the 5'4" cutie.

From the recent support she gave her brother to a revealing picture we found on the internet, Shyamali's MySpace page tells the world that she doesn't smoke and wants children one day.

But most importantly, she is her brother's number one fan!

On Tuesday night, the divine nine will get a push from music legend-turning-coach Tony Bennett, as they sing American classics.

Only on "Extra," Paula Abdul told our Terri Seymour that she predicts another Sanjaya surprise.

"I just think he's having fun kicking the piss out of everyone," Paula admitted.

What's more, we also have Paula's limo confession, in which she reveals her favorite "Idols."

"I think Blake is the dark horse of the competition no longer; I'd love to see him in the finale," she dished.

While it's no secret that Judge Simon Cowell is Sanjaya's toughest critic, we caught a softer side of Mr. Mean when he and Ryan Seacrest took an emotional trip to impoverished Africa. Our Terri Seymour was the only reporter there to capture every touching moment in her "Extra" video diary.

"Extra" will continue to bring you much more from Africa as "Idol" takes a stand in winning the battle against poverty in third world countries.

For now, keep tuning into "American Idol," every week on FOX!