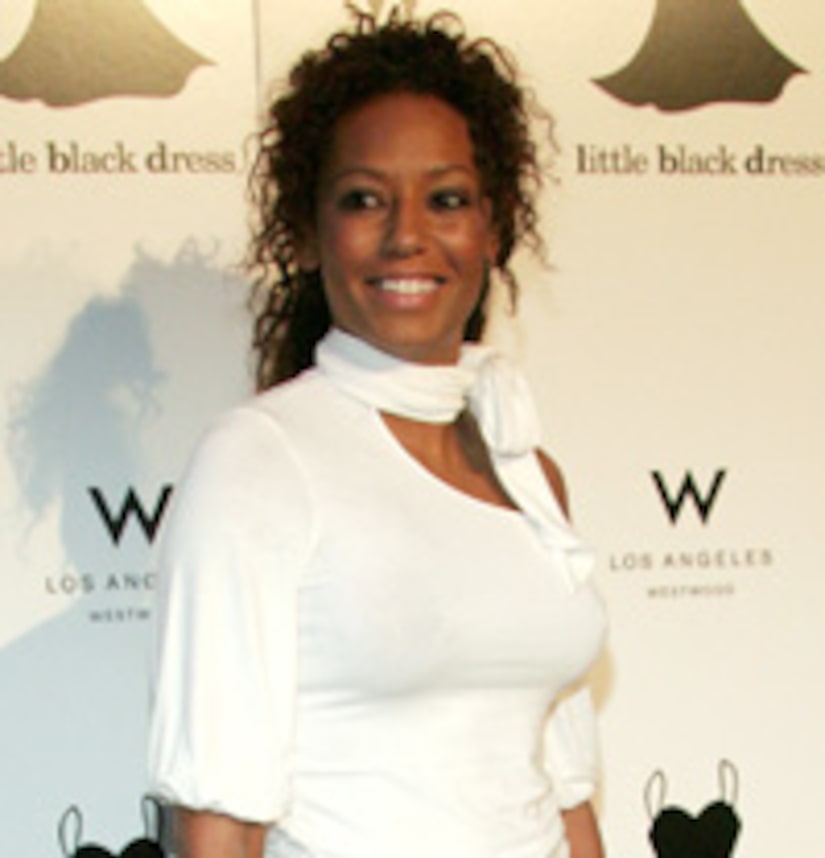 Eddie's former gal pal, one time Spice Girl Melanie Brown, gave birth to a baby girl, and “Extra” is told this champ even drove herself to the hospital.

Mel has claimed that Murphy is the daddy, but in a recent interview on Dutch TV, here's what Eddie had to say about that: “We don't know whose child that is until it comes out and has a blood test.”

So will Mel B. force the famous comedic actor to get a paternity test?

Mel's rep told “Extra” on Tuesday, “No decision has yet been made.”

As for details on Melanie's little one, the unnamed little girl weighed in at 5lbs and 4oz with a full head of hair.

Melanie's mother, Andrea, and 8-year-old daughter, Phoenix, were on hand for the exciting arrival at L.A.'s St. John's Hospital.

Mother and daughter are now resting, and Melanie's mother revealed on Tuesday that her daughter is “looking forward to catching up on some sleep. Both mother and baby are expected to leave the hospital in the next few days and are looking forward to going back home.”